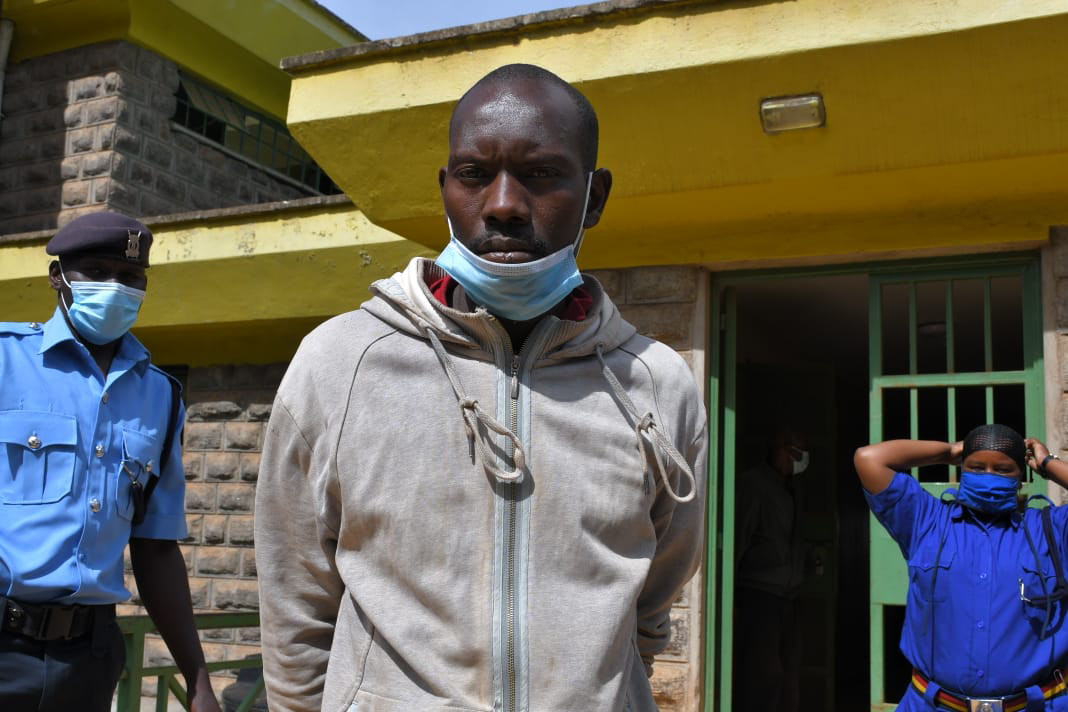 Molo court has sentenced a man to life imprisonment for defiling his eight year old daughter.
Eric Osoro, 28, pleaded  guilty to the incest charges that he committed on diverse dates between the month of January and 22nd February of this year at Kisii Ndogo village in Kuresoi North Sub County.
The court heard that on the material day, while drank, he sneaked into his daughters’ bedroom in the evening and asked the young one to undress, warning her not to cause any alarm and remain mum on the same.
The victim’s elder sister was awakened by the confrontation and later reported to her mother, Linnet Kemuma. Kemuma took up the matter and had a one on one talk with her eight year old daughter.
According to her, she was hesitant to reveal what had been happening to her but after several engagements, she disclosed what the father had been doing.
Shocked over the incident, Kemuma took her daughter to Molo sub-county hospital for examination.
She later reported the matter to Mau Summit police station leading to Osoro’s arrest on 22nd February.
Resident Magistrate, Emmanuel Soita found Osoro guilty of the incest charge. Soita in his ruling said that Osoro deserved a lengthy custodial sentence after admitting to committing incest which he is aware that is a wrongful deed.
He continued to say that such societal ills will not be tolerated and anyone found committing such heinous acts will face the wrath of the law.
Parents are expected to be the least of persons causing harm to their children and thus handed him a life sentence, it will serve as a lesson to other parents of similar habits.
Kenya Insights allows guest blogging, if you want to be published on Kenya’s most authoritative and accurate blog, have an expose, news TIPS, story angles, human interest stories, drop us an email on [email protected] or via Telegram
Related Content:  Court Frees Fraud Billionaire Humphrey Kariuki
Related Topics:
Up Next

BBI Is Good For Business, President Kenyatta Says As He Woos Youths With A Seven-Year Tax Holiday