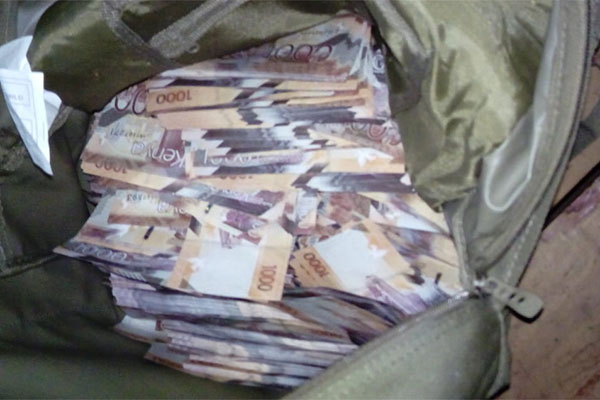 A man who was involved in a failed Sh100.758 million heist from the Kenya Seed Company has been ordered to pay Sh21.99 million to Absa Kenya (formerly Barclays Bank), together with interest from April 7, 2009.

Joseph Wachira had moved to court to sue Absa bank for denying him access to about Sh32 million which had been deposited in his company’s account at the lender’s Queensway branch. Money which he claims was payment for 11,960 bags of wheat he had supplied to a company known as Nairok Seed Company.

The businessman says Nairok deposited the Sh32.48 million payment into his companies account and from the amount, he instructed the bank to pay Sh7.9 million to suppliers. The balance was, however, not in his account when he checked the balance.

Substantial evidence provided by the bank, however,  showed that the money was fraudulently debited to Mr. Wachira’s Joruth enterprises account from Kenya Seed Company.

The bank said the manager at its Enterprise branch reported suspicious transactions and upon investigations, it emerged that some Sh100.758 million had been irregularly transferred from Kenya Seed Company. The bank then reversed the transaction.

The transfer, the court heard, was done with the assistance of the bank’s employees, who were also arrested and charged with fraud alongside Mr Wachira.

Kenya Insights allows guest blogging, if you want to be published on Kenya’s most authoritative and accurate blog, have an expose, news, story angles, human interest stories, drop us an email on tips.kenyainsights@gmail.com or via Telegram
Related Content:  Kenya's First Coronavirus Death Was A Patient Suffering From Diabetes
Related Topics:
Up Next