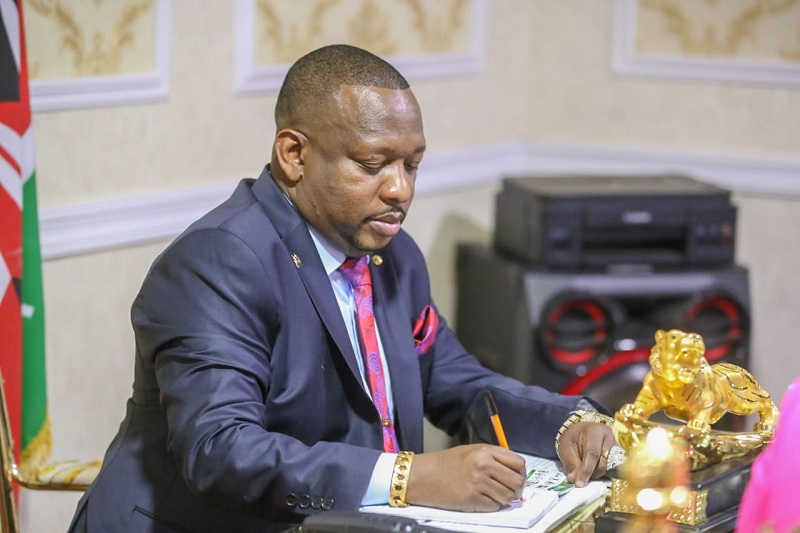 Nairobi Governor Mike Mbuvi Sonko and others implicated in Ksh 357 million graft case have been directed to enter a plea bargain with the Director of Public Prosecution (DPP).

This comes as the defense also informed the Chief Magistrate Douglas Ogoti that one of the accused persons Patrick Mwangangi had passed on, prompting the magistrate to direct the DPP to verify the burial permit presented in court in order to withdraw charges against the deceased.

The defense lead lawyer Cecil Miller confirmed they had been supplied with all witness statements.

In a plea bargain the DPP can require forfeiture of property that is party to a suit or fines in exchange for lighter sentences or no jail time at all.

Defence lawyers Cecil Miller and George Kithi for Mr Sonko asked the magistrate to give room for plea bargain.

While Miller and Kithi are putting strategies in place to save their client from possible jail term or losing property, another colleague has a different opinion and a warning.

According to Lawyer Steve Ogolla, the plea bargain is a brilliant strategy but warns that it’s going to come at a cost. “SONKO plea bargaining simply means he’s pleading guilty as charged. In exchange, he may get concession on the sentence for saving the court’s time. I celebrate his lawyers for advising him the right way. Meanwhile the consequence of conviction is that he gets removed as Governor.” Said Ogolla.

Kenya Insights allows guest blogging, if you want to be published on Kenya’s most authoritative and accurate blog, have an expose, news TIPS, story angles, human interest stories, drop us an email on [email protected] or via Telegram
Related Content:  Nairobian Resident Seeks To Have Richard Ngatia Blocked From Race Over Alleged Fake Degree
Related Topics:
Up Next

Ruto Flies On Commercial Plane To Mombasa, No Grand Reception

Wafula Buke: Sifuna’s Statement On Corruption Takes Me Back To My Times At Orange House