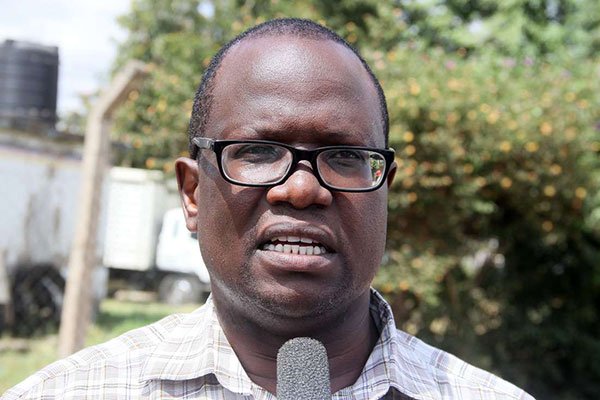 The Japanese businessman claims that Mr Bosek lured him in the deal and even offered to be his manager and lawyer, but after the transactions were finished, the businessman was Sh72.9 million poorer and without the gold.

The Tokyo resident has accused the lawyer of professional negligence. Tasunori claims Mr Bosek who represented former radio journalist Joshua arap Sang in the International Criminal Court, has been dilly-dallying in the case. he also accuses the lawyer of failing to execute the duties of collateral manager.

Tatsunori and his World Gateway Japan Company Limited had agreed to buy gold from a Kenyan firm, Customs Cargo Handlers which allegedly dealt with import and export of gold in 2017 which he was introduced to by Allan Collins Ilunga alias Collins Abuba Amungwa a manager at the company.

Customs Cargo Handlers through its managers Solomon Ligaga and Mr Ilunga agreed to sell the businessman 100 kilograms of gold with each kilo going at Sh300,000. Due to the huge amount of money that was involved in the deal, he decided to involve the help of a lawyer, and Mr Ligaga and Mr Ilunga introduced him to Mr Bosek on February 19, 2017.

Financial statements which include contracts signed between the parties, bank slips and police statements show that Tasunori wired Sh30 million to Mr Bosek’s bank account in the first transaction.

“They then promised me that I will get the gold within five days. However, the cargo was never supplied, but instead the supplier started giving one excuse after another as to why the shipment could not be delivered,” Tasunori told journalists.

The supplier instead demanded that he adds more money, which led him to travel from Japan to Nairobi to meet the suppliers at his offices on September 12, 2018. Here, the businessman claims that they told him that they were unable to raise Sh37.5 million in government tax which was needed before they could ship the consignment. Should he add some more money they would add an additional 37 kilograms of gold. Five days later no shipment and it finally dawned on him he had been conned.

Mr Asano regrets that the lawyer failed to act professionally and never protected him despite paying him a fee of Sh5,498,000.

Njenga Karume’s Jacaranda Hotel To Be Auctioned Over Sh258 Million

Pathologist: Count for nothing We have no idea how many ‘Covid deaths’ were actually Covid