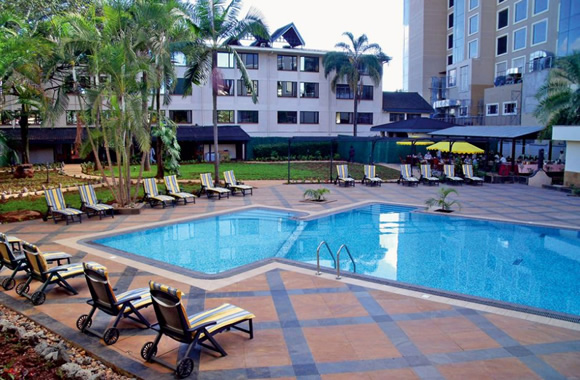 The Jacaranda Hotel in Nairobi, which is owned by the family of the late Cabinet minister and business tycoon Njenga Karume, was on Monday put up for auction by Guaranty Trust Bank (GTB) in a bid to recover a Sh257.6 million defaulted loan.

Trustees of late tycoon quickly moved to court on Tuesday where they received a major blow after the court declined to stop the auction of the four-star hotel.

The estate trustees now have up to January 9th, 2020 to pay at least Sh4.5 million to GTB to salvage Jacaranda Hotel from the auction.

Justice Wilfrida Okwany ordered the facility to pay the Sh4.5 million to GTB directly to the bank and not via any other third parties including the Kenya Revenue Authority (KRA) by Friday this week.

Target shy KRA is also eyeing a piece of the estate seeking to recover taxes it is owed by the four-star hotel. The taxman had also gone after the hotel first over a Sh95 million tax arrears demand, sending auctioneers to recover the amount in 2019 prompting the trustees to seek court’s intervention.

Regent Auctioneers had in June notified the management of Jacaranda Hotel of the impending auction. The family had opted to sell one of its huge tracts of land under Karume’s name to clear the bank loan.

The four-star hotel, located in the Westlands suburb, has 128 bedrooms and sits on 3.5 acres of prime land. The auction has been set for January 22. “Duly instructed by our clients, we shall sell … very prime property in Westlands by public auction,” Regent Auctioneers said in a notice

Related Content:  Is Mombasa Next Or Already Is? Morocco's Subservience To Heroin
Kenya Insights allows guest blogging, if you want to be published on Kenya’s most authoritative and accurate blog, have an expose, news, story angles, human interest stories, drop us an email on tips.kenyainsights@gmail.com or via Telegram
Related Topics:
Up Next