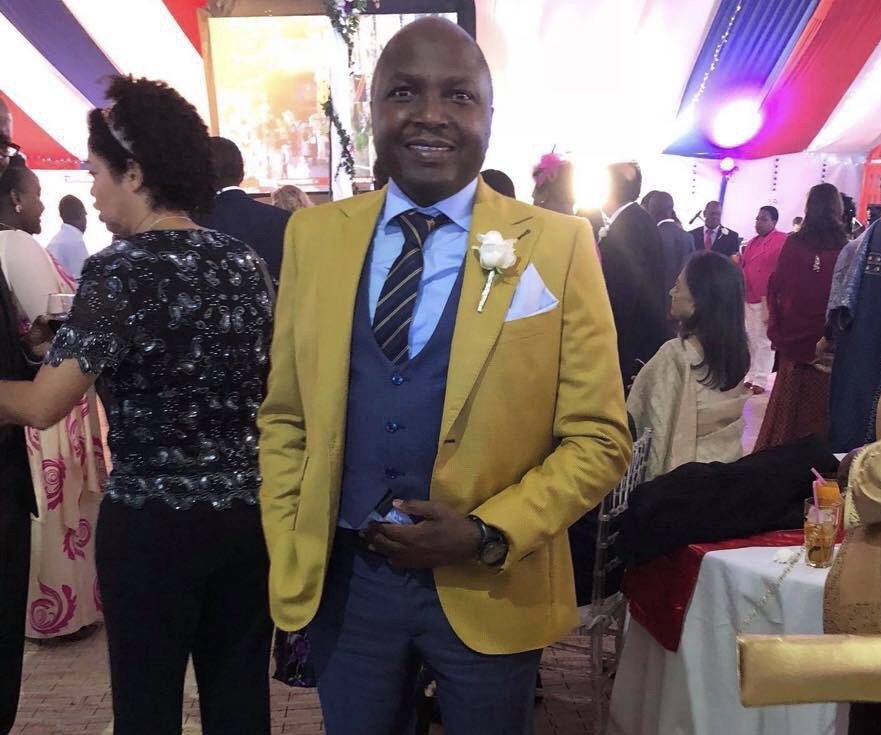 When Interior CS Matiang’i appeared before the parliamentary committee today to answer in the sugar saga, hthey made a conflicting report to his previous assertion that the impounded contraband sugar was contaminated with mercury. This sent cold chills amongst many Kenyans given the complications of such an ingestion that would come with including organs shutting. Matiang’i, contradicted by saying his statement was as only cautionary and that final tests are yet to affirm his claims.

While this could be a sigh to many who fear having been poisoned or  exposed, some people are just not buying it and taking anything into chances. Lawyer Kipkorir better known by his peers as DBK, is as always setting the bar too high once again. He’s importing his own sugar and don’t get it wrong, he’s not bringing it from Brazil like the sugar barons , he’s importing it from the United Kingdom in not outrageous amount but little fir his own consumption. 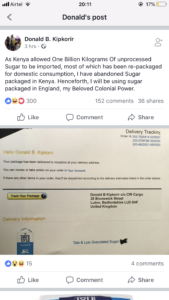 Kipkorir has openly criticized and castigated the importers of poisonous sugar and had not shied away from calling for the prosecution of billionaire Jaswant Rai of West Kenya Sugar Company found to have been amongst the largest importers of the controversial sugar. Rai who is in the limelight fir state capture given his vast influence, took advantage of the free tax window period and imported a whole 180,000 Metric Tonnes of sugar.

The Rai Family has taken Kenya Captive … With connivance of rogue Members Of Government, Rai completely controls the Sugar, Cooking Oil & Timber Industry In Kenya & they are not even Kenyan Citizens … Rai Family will destroy Kenya’s National fabric … #RaiStateCapture

There have been numerous calls for the arrest and prosecution of Rai and associates for the hazardous exposure by sugar posed to the public. Rai owns Kabras Sugar which so far has been boycotted by many consumers despite dominating market shelves having been flagged as being the brand used in repackaging the lethal sugar.

While those privileged like DBK have array of options to go for, poor Kenyans who are hand tied have less but stuck with the controversial sweetener. The Rai and group are yet to be grilled by parliament and definitely get to be taken into action by the authorities.

How was one Miller, West Kenya (Kabras) allowed to import 180,000 MT (180m Kgs) Of Sugar? What was the criteria when it was one of the smallest millers? Who facilitated it to be the most dominant sugar supplier to all outlets? Who made sure the othe Sugar Millers collapsed!

While their fate roams in uncertainty given influence in government, one thing remains that the 1.3m MT of sugar dumped in Kenya will disrupt the economies that rely on the sugar industry and the health implications from this sugar is here to stay.