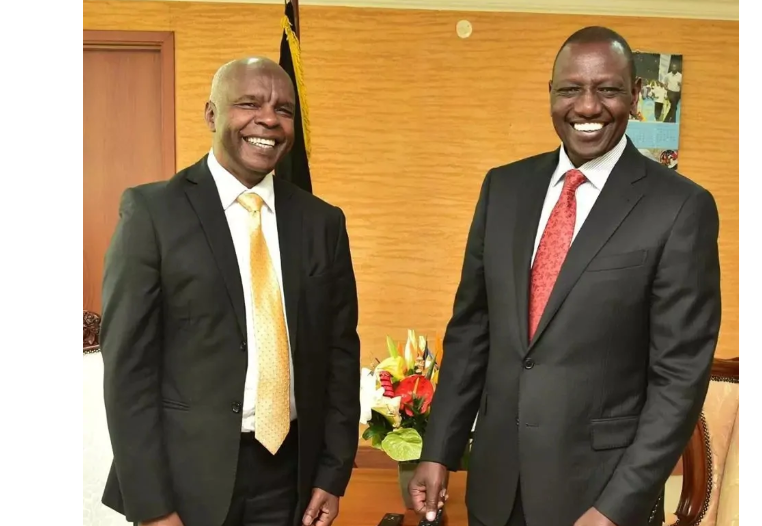 Governor Kivutha Kibwana of Makueni County has said that in a race for the presidency, he would completely obliterate Deputy President William Ruto and Raila Odinga.

The governor who won the most Outstanding Public servant of the Year while speaking on JKlive said Kenyans were tired of being mobilized based on their ethnic groupings.

“I think yes (To beating Raila and Ruto in the polls). We have this problem of negative ethnicity & it is something that is fueled by us, the politicians…I can feel that Kenyans are getting tired of being mobilized on ethnic basis…” He said.

The governor believes he has what it takes, saying his success in pulling off people-centered development in Makueni where he is in charge speaks for him. He believes he would have the same success at the National level.

Kibwana also noted the importance of alliances in the political field but contrasted the tribal numbers game plan with what he referred to as a team with a visionary framework.

The governor brushed off claims that he is a nice guy when the host opined he was too nice and too soft to ascend to a top position. “Maybe on the surface, I look very nice, but when real things need to be done we have to do them,” Kibwana stated.

The Governor was recently in trouble for awarding Sh4 million family planning and youth empowerment tender to Nazi Kivutha, His wife.

Kenya Insights allows guest blogging, if you want to be published on Kenya’s most authoritative and accurate blog, have an expose, news, story angles, human interest stories, drop us an email on tips.kenyainsights@gmail.com or via Telegram
Related Content:  New List Of Raila’s Trusted Lieutenants As He Drops Traditional Allies
Related Topics:
Up Next