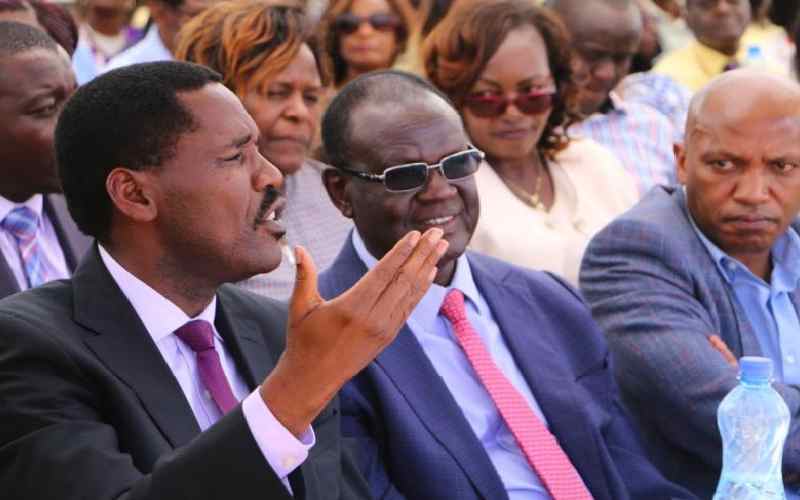 The supremacy battle between Meru governor Kiraitu Murungi and Agriculture cabinet secretary Peter Munya is watering down all the desperate efforts by Mount Kenya East politicians to form a regional political party to bargain with their counterparts from Mount Kenya West ahead of 2022 general elections.

Mount Kenya East covers the counties of  Meru, Tharaka Nithi and Embu whose leaders have been holding fruitless meetings to form a new political party to bargain for top slots in the next government. The two leaders have instead intensified attacks on each other as Munya who lost his gubernatorial seat to Kiraitu in 2017 vowing to oust him in the 2022 polls.

Their battle has even spilled into the floor of Meru county assembly where the two are fighting for control of numbers ahead of the 2022 general election hence dividing the local leadership down the middle and frustrating all plans to form a new political party.

The most furious one is CS Munya who boycotted the launch of a book authored by Kiraitu at Serena Hotel in Nairobi last week. Governor Kiraitu had invited all leaders from Meru to the launch of his book “Beyond Politics; A Conversation with Kiraitu Murungi” in a ceremony where chief guest was national assembly speaker Justin Muturi. 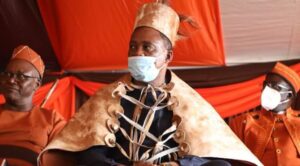 Speaker Muturi who has been blessed by President Uhuru Kenyatta as Mt Kenya’s spokesman has also hinted at contesting the presidency in next year’s general election.

His announcement came months after his controversial coronation to take over the mantle from President Kenyatta whoretires in 2022 . He has been unable to unite the warring factions in the region with about 1.2 million votersbut he enjoys the backing of Kiraitu while Munya has dismissed Muturi as a nonstarter in the state house race.

Muturi  was also full of praises for Kiraitu whom he lauded for playing a pivotal role in shaping the politics of the region and the country at large. The launch was also attended by Francis Muthaura, Nyandarua governor Francis Kimemia, CS for Public Service and Gender Margaret Kobia, Peter Kagwanja, Ombudsman of Kenya Florence Kajuju, Kiarie Kamau and Mutuma Nkanata, the NGO co-ordination board chief executive.

But some key leaders who were invited still skipped Kiraitu’s event that was meant to unite the region. They include East Africa Legislative Assembly MP Aburi Mpuri who is allied to Munya. Meru woman representative Mwangaza Kawira who is eyeing the gubernatorial seat also skipped the event like Meru senator Mithika Linturi who is allied to the United Democratic Alliance party.

Their absence poured cold water on the move by other regional leaders who are pushing for the formation of party for Mt Kenya East like Kiraitu, Embu governor Martin Wambora, Speaker Muturi and Tharaka Nithi governor Muthomi Njuki.

Efforts to form a new party were also dealt serious blows when Munya publicly dismissed the coronation of Muturi.  He also dismissed the speaker as a  weak presidential contender, a move which put him at loggerheads with the Njuri Ncheke (Meru council of elders).

Kenya Insights allows guest blogging, if you want to be published on Kenya’s most authoritative and accurate blog, have an expose, news TIPS, story angles, human interest stories, drop us an email on [email protected] or via Telegram
Related Topics:Kiraitu MurungiMeru countyMt Kenya East politicsMt Kenya politicsPeter Munya
Up Next