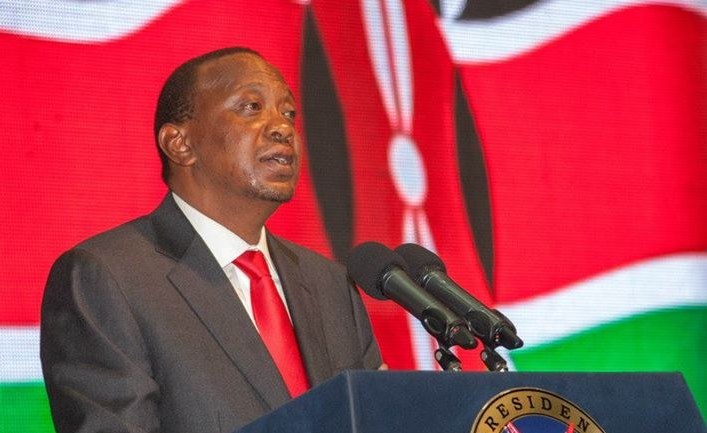 As 2017 fast approaches, tactical political realignments are evident. The reality of a united opposition is taking shape by the day, Nasa (National Super Alliance) has chances of being the umbrella under which the opposition will challenge the Jubilee administration.

Jubilee got into power after twisting the ICC narrative and rallying their huge tribes under what Political Analyst Mutahi Ngunyi described as ‘tyranny of numbers.’ Times seem to have changed, and as the political gurus will tell you, you can not be twice lucky in politics. The tyranny of numbers myth has no place in 2017 politics. A united opposition front that ended Mois’s 24-year rule and defeated President Uhuru Kenyatta in 2002 is causing him sleepless nights.

The president and the entire Jubilee administration is in a panic mode, another term to enjoy eating meat and keep the opposition and Kenyans struggling for the scent is under threat. Loyalists are crossing back into opposition camps, DP William Ruto’s vote-rich backyard is at risk of being sliced by the opposition.
As these realignments and unofficial campaigns take place, every player is struggling to beat their challengers with the best that they have.

The government is pushing for amendments to election laws to allow a use of manual techniques should the digital technique fail. The opposition is against the bill and sees this as the ploy to create chances of rigging the 2017 polls. Jubilee boasts of majority membership in both houses, a card they always pull to their advantage and pass draconian laws.

IEBC on its end has claimed that 10% of the country is not covered by the network, an indication that they may need to manually transmit results from such regions. The manual transmission is liable to ‘cooking’ and alteration of results to favor some candidates. This idea is backed by a fallacy that the internet or social media causes violence. The government has already shown intentions of shutting down the internet on election day; the same has been witnessed in other African states under dictators as Congo, Uganda, and Gambia.

Kenya is sitting on ticking time bomb and a simple mistake to deny the will of the people will blow it. The ruling regimes are kicking out NGOs who are carrying out or financing civic education exercises as being rogue and plotting to finance the opposition and influence the outcome of 2017 polls. Who buys that? So many people in government are splashing out cash from the questionable source to influence the 2017 polls outcome.

DP William Ruto ‘donates’ millions nearly every weekend to ‘buy’ the church, The Waigurus of this world looted hundreds of millions if not billions and are now lining up to buy their way into leadership positions. Before kicking out NGOs who are educating the public on the electoral process, a role that the sleeping and ‘broke’ IEBC should be playing, deal with the corruption face that is within the executive.

Crazy as one activist Boniface Mwangi will tell you ‘ The government wants you to learn about sex but not electoral processes.’ Provision of ARVs are funded by donors; PSIs are donor funded but not questioned. Whoever will win the 2017 polls should do so based on the manifesto, If the status quo remains, it should be based on track record of the Jubilee administration. So far corruption has rocked the current regime than any other in the history of this nation, and the president has nothing more to do. Jubilee came in ‘a digital government,’ what has happened in the short span that the internet now it’s a threat to security? Social media/internet can do more than cheap PR jobs but inform the people.

Related Content:  Argument: America the Unexceptional
Kenya Insights allows guest blogging, if you want to be published on Kenya’s most authoritative and accurate blog, have an expose, news TIPS, story angles, human interest stories, drop us an email on [email protected] or via Telegram
Related Topics:
Up Next

Women and Politics, The Frustrations In Sexist Kenya