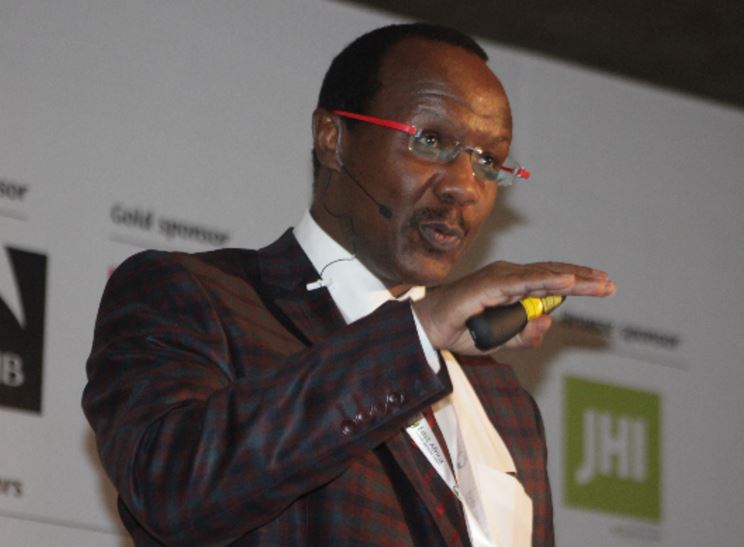 David Neil is not new in the battalion shooting down Government’s chest thumping on development. The recently named world’s most valued economists have been one of the harshest critics of the Jubilee regime with consistent holes poking in its expenditure. He’s widely quoted in Eurobond spendings which he still insists was misappropriated by the government.

Ndii has insisted that the Jubilee government has lied to Kenyans that Eurobond was put in the budget and disbursed to ministries for various development projects in the FY 2014/15. He breaks it down that the government borrowed Sh290 billion by floating sovereign bonds (Eurobond). But lacks evidence to show where Sh228 billion went — with the only figure clear being US$605 million which was used to pay off a loan.

In his Daily Nation column, The robust economist has once again disengaged his claws calling out the government’s failures in expenditure and sent a credible warning that Jubilee would plunge the country into a total economy shutdown should they be re-elected in the coming elections.

He attributes eminent collapse in a steady and unsustainable borrowing by the government. “Many people think that these loans are a burden to our children and future generations. Not so. We are paying now. Jubilee has put the country on a debt treadmill.
We have to keep borrowing, or we will collapse.” He sounded the warning.

Ndii goes ahead to elaborate, “Before Jubilee, we were spending only Sh20 out of Sh100 of tax revenue to service debt. This figure is now approaching Sh40 out of Sh100 and rising rapidly. Before Jubilee, interest on the foreign debt cost us less than $5 out of every $100 of foreign exchange earnings. Today, it is costing us $15, and rising fast. Spending 40 percent of our revenue servicing debt means less money to provide services. It is also a threat to devolution. The constitution mandates national priorities before the counties revenue share is determined. Debt service is one of these national priorities. This means that the more debt service outlays, the lower the revenue there is to be shared. In addition to the undermining provision of public utilities, this debt treadmill is a grave threat to our economic stability. ”
Terming Jubilee administration as the most corrupt and incompetent government in our history, Ndii warns that achieving 2030 visions would remain a dream of the current state of looting is left undisturbed. “Where will we be after five more years of Jubilee? After five more years of Jubilee, we will be back where we were in 2003.” Says Ndii. “We will have ground to a halt and talking about recovery, and that is if Jubilee would not have dismantled the Constitution and established the reign of terror that they evidently desire.” He continues.

As a remedy, Ndii is pitching the opposition’s unity as the only way to save Kenyans from the wild teeth of jubilee. He likens the current state to Moi era where several multi-billion scandals as Goldenberg were made and The country nearly came to its knees before opposition under Rainbow coalition came in and salvaged the country sending Moi home. Ndii believes this is the only way the current opposition can help the situation by coming together and out of a strong team to send Jubilee home. Ndii insists opposition owes Kenya this one favor of sending jubilee home or they’ll forever be judged harshly by history. Coming at a time when companies are laying off staff in masses to balance their books and at the same time unemployment index going up the scale, maybe we should pause and listen to Ndii.

Bring It On: KMPDU Dares State To Go Ahead With Plan To Jail Them Says CBA Resolve Remains Irreversible And Governors Divided On Sacking