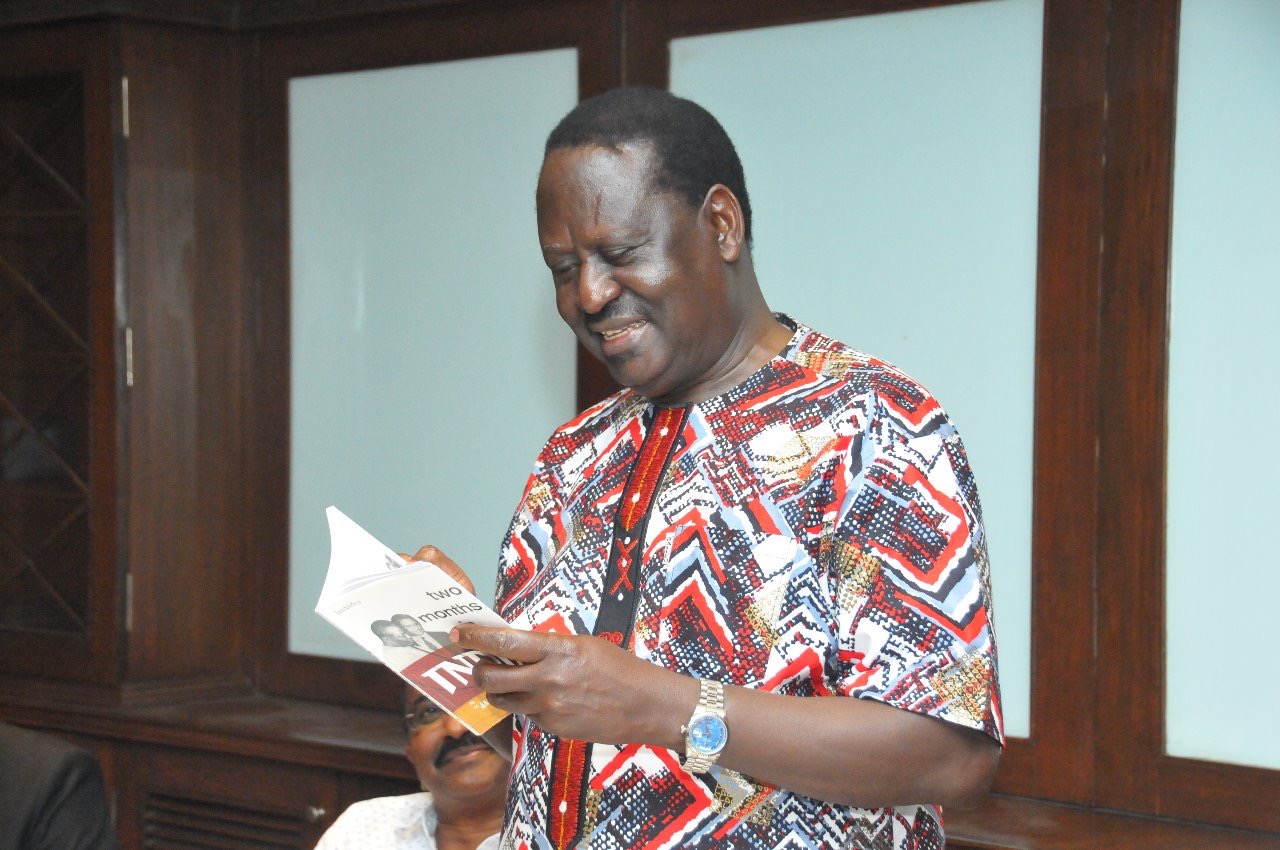 The former prime minister who on 9th of march 2018 came together with president Uhuru Kenyatta and agreed on “building bridges Initiative” made to help in national healing an event which saw the two bury their hatchet.
Kenyans took to social media to question the silence of the former prime minister following the controversial 16% VAT tax on petroleum products which took effect on 1st September.
Mr Odinga has been the country’s main whistle blower for long and his silence on this matter has left many Kenyans Shocked with many alleging the Handshake has made him silent.
Kenyans on twitter had this to say:
@BenjiNdolo: Did the handshake SILENCE @RailaOdinga to where he can’t even call a press conf to address the obvious. His supporters esp in the slums can barely eat, buy paraffin, most earn 200 a day and fuel is at 140????? Jubilee badly mismanaging the country like Moi. #PunguzaBeiYaMafuta
@IamMachuka: I warned you guys before but you didn’t listen. Handshake was not an easy decision but am blaming Raila for dinning with gov’t. Where is the opposition voice?? Raila Odinga was not for good but for harm.
@bonifacemwangi: President @UKenyatta has assured Kenyans that his government will reduce the high cost of living being experienced in the country. -June 1, 2017. After he was re-elected and handchequed @RailaOdinga, #Kenyaslaves can now sort them out. We are on our own. #PunguzaBeiYaMafuta
@IamMachuka: If Raila Odinga didn’t react on the 10billion NYS scandal, how do you expect him to talk about the fuel huge taxation?? It’s called POWER OF HANDSHAKE! Raila has already been rehabilitated into the system and playing along. #PunguzaBeiYaMafuta
This is the first time as we saw the same on NYS scandal Season 2 where he was later forced to break the silence and assured Kenyans that ending corruption is part of the handshake.
Related Content:  Health PS Mochache Warns That Coronavirus Numbers To Start Going Up By 50 Per Day
Kenya Insights allows guest blogging, if you want to be published on Kenya’s most authoritative and accurate blog, have an expose, news TIPS, story angles, human interest stories, drop us an email on [email protected] or via Telegram
Related Topics:
Up Next