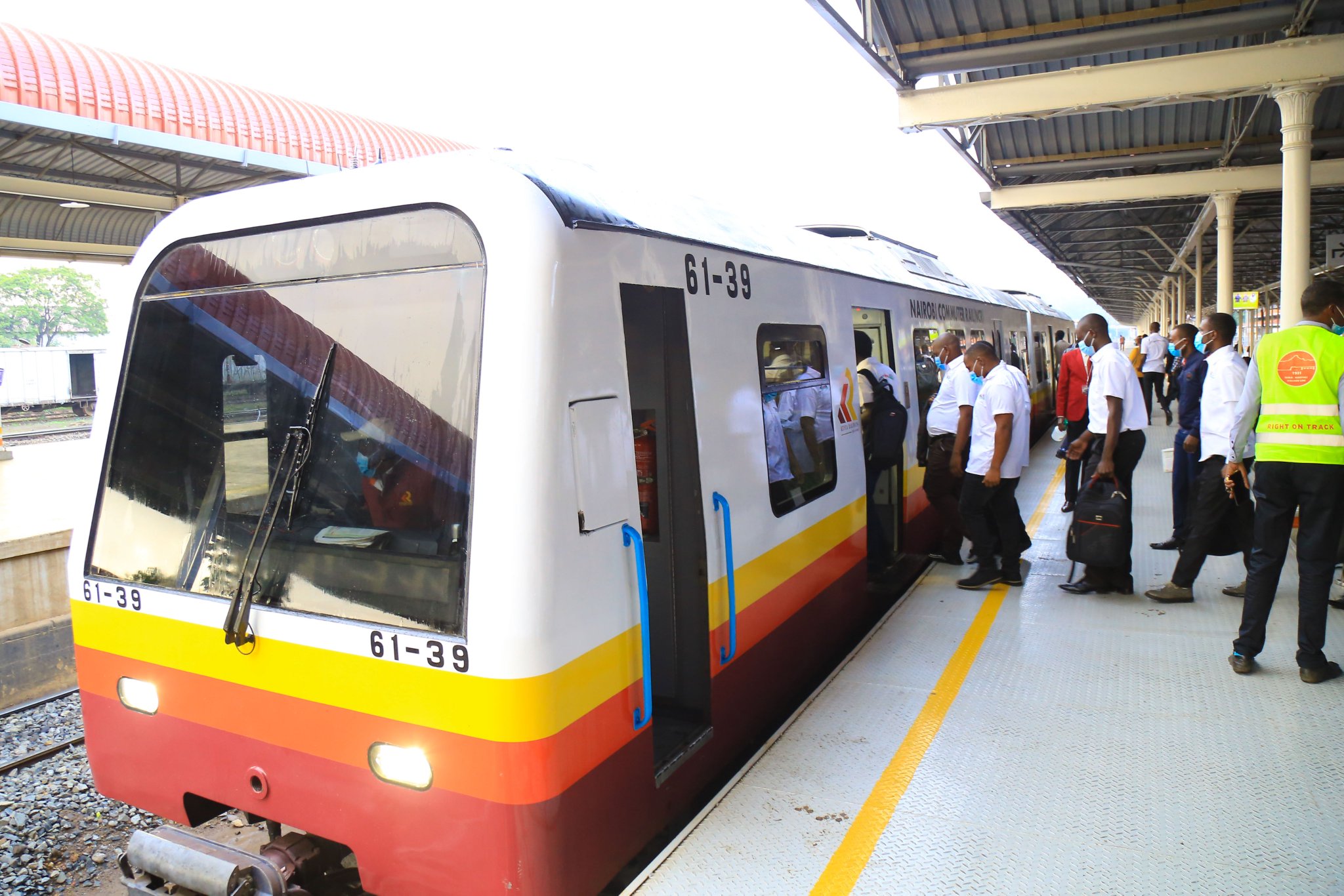 Kenyans wishing to travel from Nairobi City to Kisumu City will have to bear an 11-hour train ride as Kenya Railways Corporation commences passenger services on the route.

Kenya Railways has published a train schedule indicating that services on the newly rehabilitated line will begin on Friday, December 17, 2021 serving the Nairobi-Nakuru-Kisumu route.

According to a new passenger schedule released by KRC, a ticket to Nakuru City is being sold at Kshs. 300 for economy class with the train departing at 6 AM and arriving at 11.30 AM.

The train will similarly depart Nakuru City for Nairobi at 1:30 PM and arrive at 6:20 PM with the ticket price remaining the same.

However, for passengers traveling to Kisumu City from the capital, it will be 11 hours 45 minutes until arrival with a ticket going for Kshs. 600 for an economy and Kshs. 2000 for a first-class ticket.

The Kisumu bound train after making a stop in Nakuru stop will depart the city in the rift for the lakeside city at 11:45 AM with arrival set at 5:45 PM.

On the other hand, the Kisumu-Nairobi train will depart at 6 AM and arrive in Nairobi at 6:20 AM.

The corporation will begin selling 1st class tickets from December 19, 2021.

Kenya Railways had rehabilitated the old meter-gauge line in conjunction with the Kenya Defence Force.

The line which stretches 216.7 kilometers has eighteen 18 stations within the network..

Kenya Insights allows guest blogging, if you want to be published on Kenya’s most authoritative and accurate blog, have an expose, news TIPS, story angles, human interest stories, drop us an email on [email protected] or via Telegram
Related Content:  PPEs Worth 790M Held By KEMSA Have Expired
Related Topics:
Up Next

Saccos Regulator On The Spot Over Sh200M Project