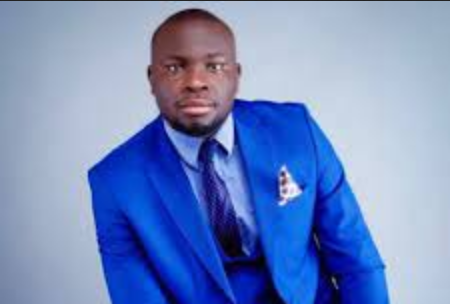 That dreaded time of the year when the country’s annual pre-Christmas crime wave officially kicks off is here.

Over the last few weeks, a worsening pattern of burglaries reported within Nairobi has served as a reminder that the hardcore criminals out there are ready to use lethal force to achieve their goals.

The latest victim of the seasonal crime wave known in the security business as “Christmas shopping” is retired professional footballer Ronald Okoth who was ambushed by gun and panga wielding thugs in his compound situated within the city’s outskirts.

This prompted him to go check what was causing the commotion outside.

Immediately he exited the house, Okoth bumped into the two armed men.

But lucky for him, he was still in top athletic shape despite hanging his boots over one year ago.

He quickly sprinted back inside and let off the alarm.

Within no time, neighbours and police showed up to his rescue.

“Whatever happened yesterday night at 8:10 PM was clearly a well-orchestrated evil scheme to have us robbed at a gun and sword point,” he wrote in frustration. 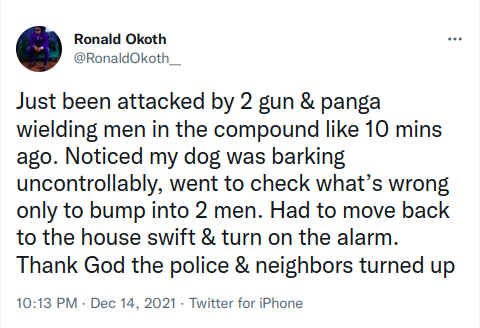 In a subsequent tweet, Okoth reassured his followers that neither he nor his family was harmed during the incident.

He also confirmed that the brave dog was safe and sound. 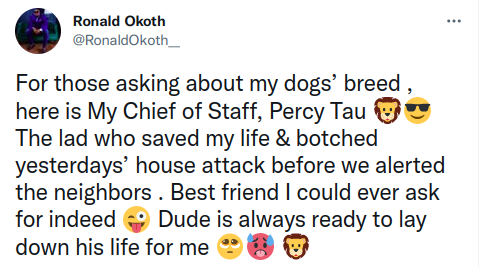 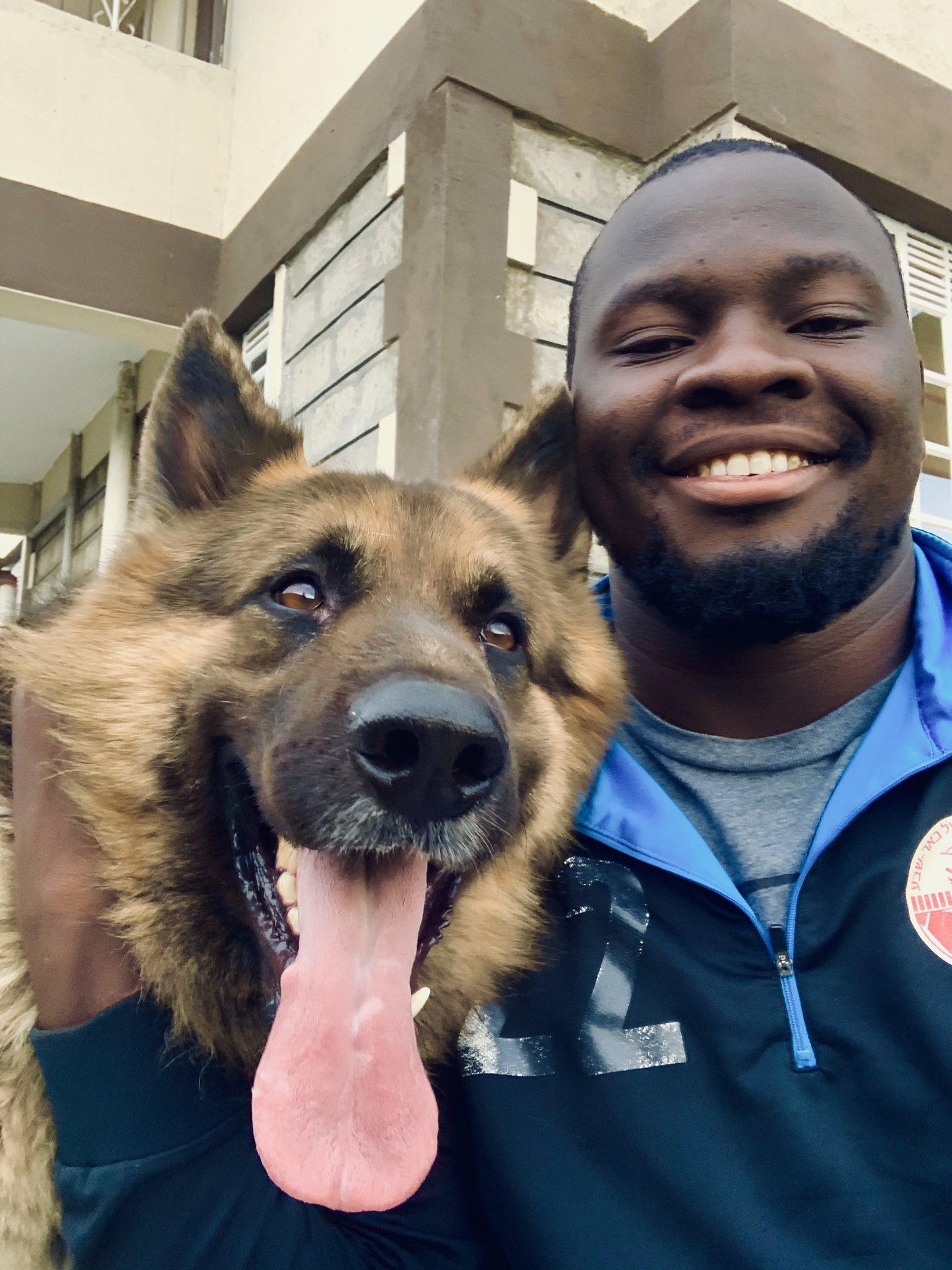 Following the end of his playing career in 2020, the 36-year-old took over the running of activities at his football academy founded under his non-profit organization “RO Sports”.

The attack on his home came just a day before Cabinet Secretary for Interior Fred Matiang’i declared that there will be no Christmas break for all security officers as part of efforts to keep the country safe.

Notably, the same day he issued these remarks, police arrested nine men in connection with a string of violent robberies that have been plaguing the Starehe area and its environs.

The suspects were apprehended across three different areas of Starehe labelled as crime hotspots.

They were arrested along Industrial Area’s Bunyala Road, Likoni Bridge located along Likoni Road and near Capital Centre on Mombasa Road.