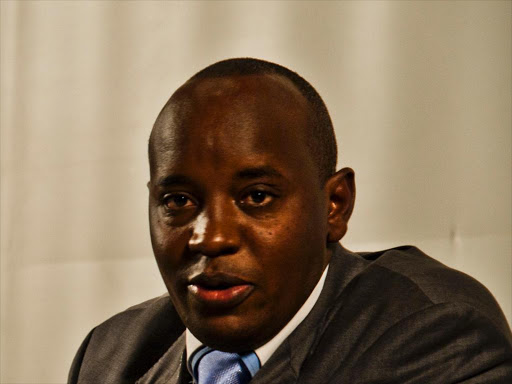 Royal Media Services (RMS) has been in panic mode since President William Ruto was sworn in with broadcast’s owners finding themselves holding the short end of the stick.

President Ruto’s Kenya Kwanza administration is tightening its noose on RMS management and exerting pressure to have its top journalists who were perceived as pro-Raila and anti-Ruto during the campaigns kicked out.

The government’s prime targets are editorial director Linus Kaikai, news anchor and talk-show host Yvonne Okwara and reporter Stephen Letoo who were anti-Ruto in the run-up to the last general elections.

Ruto administration is determined to have the three fired from Citizen TV as one of the toughest conditions it has set to Royal Media Services to bag advertising and other deals from the government.

RMS is already feeling the heat with reliable sources reporting that advertisements from the State and related agencies are on a serious decline.

Dr. Macharia was recently forced to plead with RMS advertisers in efforts to retain them and expand their numbers.

“We are delighted to break bread with our clients as we endeavor to offer the best partnerships and collaborations.” RMS stated in a breakfast meeting.

But Linus Kaikai and Yvonne Okwara have specifically been earmarked for their roles in promoting Azimio’s agenda and suppressing the coverage for Dr Ruto/ Kenya Kwanza Alliance in the newsroom.
And Yvonne is also being targeted for how she handled Ruto during the presidential debate which was boycotted by Raila Odinga.

The regime of the day argues that though Ruto debated against himself after Odinga’s boycot, Yvonne Okwara who was among the journalists picked to manager the interview “unfairly” treated Ruto by asking him tough questions that left him contradicting himself.

Kaikai got the powers to frustrate Ruto’s covering after he was made RMS’s Editorial Director in March 2022 following Joe Ageyo’s exit Citizen TV. His position gave him in sweeping powers over election coverage and he openly favored Azimio over Kenya Kwanza especially through ‘Newsgang’, a programme which he used to critique Ruto.

But cornered RMS is now left with fewer options given that government is the biggest advertiser and reliable revenue stream. Dr. Macharia will be forced to axe Kakai, Okwara and go the Nation Media Group direction.

NMG has bended to Ruto’s demand by making editorial changes which saw Mutuma Mathiu being dropped from the position of editor-in-chief and Bernard Mwinzi from managing daily news.

The regime’s tough stance on media signals tough times ahead for big media in Kenya, with experts seeing attempts of arm-twisting by the government, a move which is expected to constrain freedom of expression.

Kenya Insights allows guest blogging, if you want to be published on Kenya’s most authoritative and accurate blog, have an expose, news TIPS, story angles, human interest stories, drop us an email on tips.kenyainsights@gmail.com or via Telegram
Related Topics:Kenya Kwanza GovernmentLinus KaikaiRoyal Media ServicesYvonne Okwara
Up Next