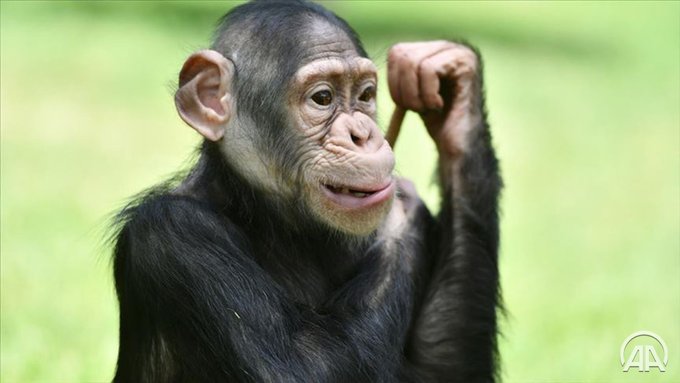 The only baby chimpanzee in Iran is being relocated to a chimpanzee care center in Kenya on Sunday, following months-long campaign over unsuitable conditions at Tehran’s Eram Zoo.

At a farewell ceremony held on Sunday in the premises of Eram Zoo, the main wildlife center in the Iranian capital, zoo authorities said a decision was made to transfer the four-year-old Baran to the Sweetwaters Chimpanzee Sanctuary in Kenya, which provides refuge to rescued, orphaned or abused young chimps.

Parviz Qandali, the head of Eram Zoo, said he had contacted several international animal care centers and finally decided to send Baran to Kenya where she will live “in a better environment and among her peers.”

He said the baby chimp will arrive at her new destination on Monday and authorities there have agreed to provide all “necessary updates” about her condition and growth.

The decision to relocate the four-year-old female chimpanzee came after months-long campaign by environmental activists in Iran, who were worried over unsuitable conditions at Tehran’s Eram Zoo affecting her health.

The circumstances of Baran’s birth in May 2017 had made the already dismal facilities at the Eram Zoo more unsuitable for her.

Baran, born prematurely, was the first baby chimp over the past two decades to survive at Eram Zoo after a wildlife veterinarian, Imam Memarian, came to her rescue.

Memarian took her home and assumed full responsibility for her care. For two years, Baran stayed with him, and developed an emotional bond with him, according to zoo workers and activists.

The bond was broken last year after Zoo authorities filed a lawsuit to bring her back.

Baby chimps, according to vet experts, must spend at least five years with their mothers, but Baran was deprived of that as her mother showed aggressive behavior toward her, according to zoo workers.

Upon her return to the Eram Zoo last year, Baran was put in a small cage to protect her from older chimpanzees, which only led to deterioration in her health condition.

In August 2020, online campaigns were launched to save the baby chimp, who environmental activists and celebrities feared could die in the zoo. The average life expectancy of a chimpanzee is 40-50 years.

Apart from poor conditions at the zoo, Baran did not have any other chimps to socialize with, which can potentially lead to death or developmental issues of baby chimps.

“These highly intelligent, social beings need to live in group, but in Iran there is no suitable group for her,” read one of the petitions in August 2020. “Being alone is the worst nightmare for this social and intelligent animal.”

Baran’s departure, although sad for many of those who campaigned for her, has brought big cheer.

“It’s not a happy moment definitely, but it was the right thing under given circumstances,” Samiyeh Fakhri, a wildlife activist, told Anadolu Agency. “We hope Baran will be taken good care of by her own family”.​​​​​​​ ​​​​​​​

Kenya Insights allows guest blogging, if you want to be published on Kenya’s most authoritative and accurate blog, have an expose, news TIPS, story angles, human interest stories, drop us an email on [email protected] or via Telegram
Related Content:  Key Highlights Of The BBI Report
Related Topics:BaranchimpchimpanzeeIranKenyaTehran
Up Next