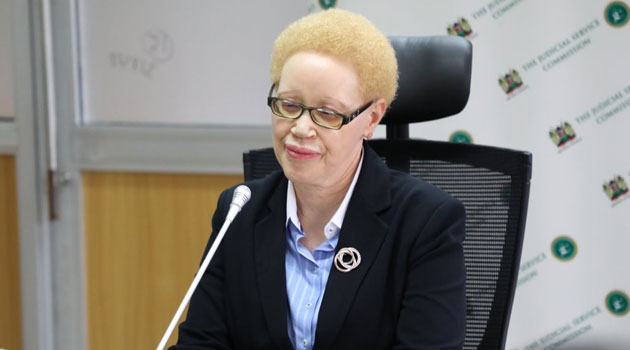 Northwestern Pritzker School of Law’s Center for International Human Rights (CIHR) will award its sixth Global Jurist of the Year Award to Justice Mumbi Ngugi, Judge of the High Court of Kenya, who serves in the Anti-corruption and Economic Crimes Division of the High Court.

Justice Ngugi will receive the award during a webinar at noon, Tuesday, Feb. 16. She will be interviewed by her friend the Honorable Ann Williams, retired U.S. Circuit Judge of the United States Court of Appeals for the Seventh Circuit, about the justice’s life-long commitment to human rights, marginalized populations, and diversity, equity and inclusion.

The Global Jurist of the Year Award is designed to honor a sitting judge, whether in an international or national court, who has demonstrated in his or her career courage in the face of adversity to uphold and defend fundamental human rights or the principles of international criminal justice. Jurists from all nations and tribunals are eligible for consideration.

“It is important that we bring to our University community distinguished practitioners and scholars who not only speak and write, but those who courageously work to implement human rights on the front lines,” said Thomas F. Geraghty, interim director of CIHR, about why Justice Ngugi was chosen to receive this award. “Without them, little progress would be made in implementing human rights protections. She is a role model for our faculty and for students who aspire to be future Justice Ngugis.”

Justice Ngugi also will be available to meet via zoom with members of the Northwestern community at noon on Feb. 18, allowing the community to engage in a conversation with the justice about pressing human rights issues in the U.S. and abroad. Justice Ngugi also will provide advice to students about the various ways in which human rights advocates can make a difference.

Prior to her present posting, Justice Ngugi served as the Presiding Judge, High Court of Kenya, at Kericho and in the Constitutional and Human Rights Division in Nairobi. In the last nine years, she has been involved in the emerging human rights jurisprudence in Kenya, particularly in relation to the social economic rights guaranteed in the Constitution of Kenya, 2010.

Justice Ngugi is a long-time advocate of human rights in Kenya. She has been involved in advocacy work for the rights of women and children, as well as the housing rights of the urban poor. She has also been a prominent activist for the rights of persons with albinism in Kenya.

Prior to her appointment to the bench, Justice Ngugi was a prolific writer and researcher on human rights issues and was, for six years, the lead researcher and compiler of the Kenya Human Rights Commission Bi-annual Human Rights Report. She was also a long-time columnist for Kenya’s leading newspapers, the “Sunday Nation” and “The Standard,”on social and legal issues. She also engaged in private practice for 17 years, which primarily focused on civil litigation and family law.

Justice Ngugi holds a bachelor of laws degree (LLB) from the University of Nairobi and a master of laws (LLM) in commercial and corporate law from the London School of Economics, University of London.

Justice Ngugi is also a member of the Africa Regional Judges Forum (ARJF) on HIV-AIDS and chairs the ARJF Steering Committee on Judicial Education.

Woman Claims To Be Nyachae’s Widow And That The Two Had Two Sons Together, Wants Share Of Estate