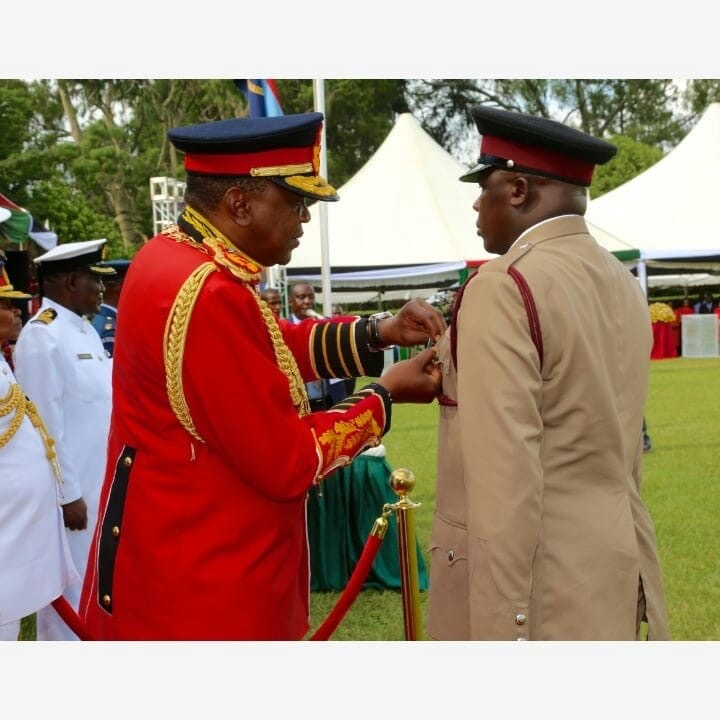 Ombati receiving a badge of honour from President Kenyatta.

They reportedly duped Amos Charo Saroan, an unsuspecting customer from Voi then robbed him.

Amos Charo traveled from Voi and met the duo in Nairobi CBD, then drove towards Westlands but he was pushed out of the speeding car after giving them KSh 732,000, an incident witnessed by Ombati.

Administration Police Constable Joash Ombati who was guarding a bank nearby, boarded a taxi to chase after the suspects. 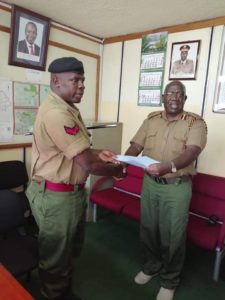 The Police officer shot in the air forcing the thieves to surrender before he handcuffed them as members of the public watched with many urging him to shoot dead the suspects.

Mr. Ombati remained calm even as a furious mob urged him to shoot and kill.

He managed to recover Sh400,000 which was part of the Sh732,000 that the suspects had stolen from the complainant Mr Amos Charo.

Ombati would then be awarded by Interior CS Matiang’i for his bravery the government was given the heroic AP a Distinguished Service Award in November 2018 barely a month after his commendable work. 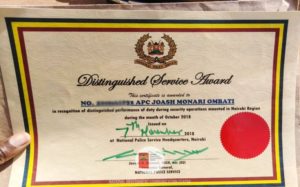 That wasn’t the end, Joash Ombati who single-handedly pursued two thugs in Nairobi and recovered KSh 400,000 has just been promoted to the rank of Corporal from being a AP Constable.

Friends help me Congratulate my brother.

Kenya Insights allows guest blogging, if you want to be published on Kenya’s most authoritative and accurate blog, have an expose, news TIPS, story angles, human interest stories, drop us an email on [email protected] or via Telegram
Related Content:  KPA MD Manduku To Spend Upto Sh10M For Induction Into African Leadership Magazine CEOs Hall Of Fame
Related Topics:
Up Next