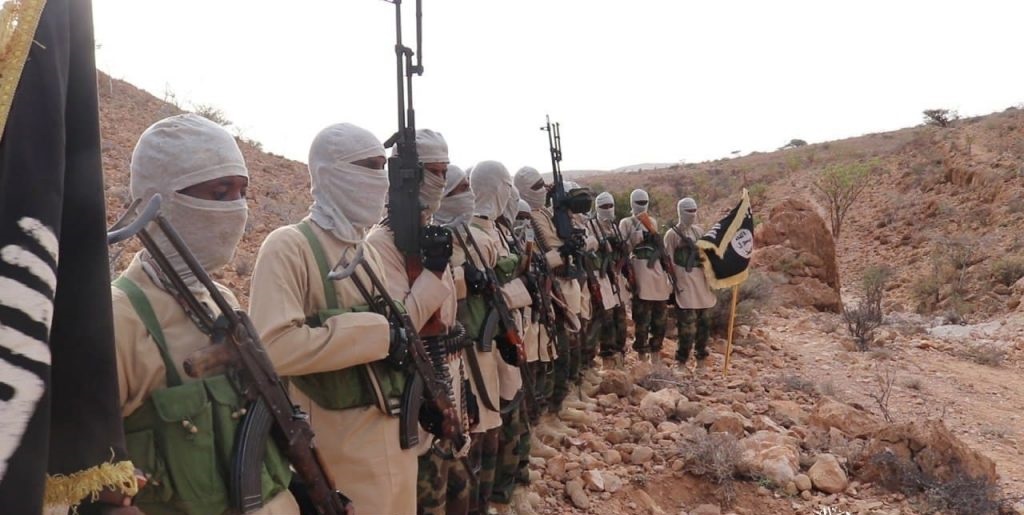 MOGADISHU, Somalia – The growing insurgency in Somalia has taken a new dimension with the militants now turning against each other if at all a video posted by ISIS is anything to go by, given its condemnation again the Al-Shabaab, a group which declared allegiance to Al-Qaeda in 2010.

While ISIS-Somalia, an affiliate of Middle East-based ISIS has minimal influence in the Horn of Africa, it has continued to recruit more fighters, some from foreign countries, to rival the Al-Shabaab. It has a huge presence in Puntland, a state in northern Somalia.

And in a new video that has gone viral online, ISIS-Somalia apostatizes Al-Shabaab along with Taliban and Al-Qaeda and announces its “determination” to crush Al-Shabaab, with who it has been at loggerheads for some months now due to conflicting ideologies.

The ISIS claimed to have foiled multiple Al-Shabaab plots against them besides executing alleged Al-Shabaab spies. The video also shows fighting between the two groups in Al-Miraale mountainous area, resulting in the death of two Al-Shabaab fighters in an unspecified period.

Further, the video by the ISIS-Somalia faction shows the death of one of the commanders of the group killed in a confrontation with Al-Shabaab. The commander was identified as Daud Al-Somali alias Dujana, a former Al-Shabaab fighter who defected to ISIS-Somalia.

Abdirahman Fahiye, a commander of ISIS-Somalia, who is believed to be one of the top three men in the group is shown in the video with his face covered, but defectors recognized his voice. Also shown is a Kenyan fighter, further confirming this group comprises militants from various countries.

Related Content:  Lawyer Ahmednasir Turns His Back On Client Over The Bluebird Aviation Court Case

Based on the video, it appears ISIS in Somalia either recruited more men or received significant support from the locals to fend off the Al-Shabaab attacks. [For background, it was in late 2018 when Al-Shabaab declared war on ISIS and sent men to Cal-Miskaad], says Voice of America reporter Harun Maruf.

While ISIS-Somalia has limited its operations to Puntland, the group continues to expand territories despite resistance from Al-Shabaab. Since 2018, the group has carried a host of attacks on the coastline of Puntland and it is believed to be training in Golis mountains.

A few months ago, the US Africa Command conducted the first airstrike against ISIS-Somalia in Puntland, killing a senior commander according to AFRICOM. This was the first airstrike targeting the group by the US military, in an operation which was carried out jointly with Puntland security forces and those from the Somali National Army.

One of Al-Shabaab’s top leaders delivered an audio message from the group’s leader threatening to “confront” IS. Ali Dhere accused IS of targeting business people and killing Al-Shabaab fighters and described the group as “liars, untrustworthy, conniving, and treacherous”.

The two groups are both fighting to topple the fragile UN-backed Somalia administration, but their efforts have often been thwarted by vigilant security forces. The IS-Somalia was forced to retreat from southern Somalia in 2018 after facing resistance from the Al-Shabaab militants.