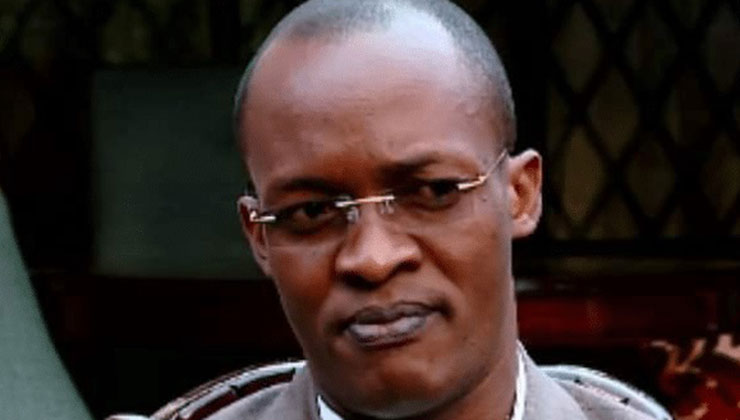 Godwin Agutu the man who has become Centre of focus following viral posts of his several IDs after appearing on the NTV’s Covid19 exposé and the Network Action Against Corruption (NAAC) Director, has come out to defend himself against the  fraud claims o his multip IDs.

He said the images of his several IDs spread on social media platforms were created to facilitate his work undercover which begs the question about which security agency he’s working for.

As for the incident in which he was physically attached by irate mob, the NAAC director said that he was operating undercover when police seized him from a crowd that was baying for his blood.

The incident occurred in September 2017 when he was interrogated by officials from Kenya Revenue Authority and Directorate of Criminal Investigations.

His questioning came after he was arrested at Kiboro School in Kayole Division when members of the public wanted to lynch him on the accusation of duping them.

Police found him with a Kenya Police Service ID purportedly working with the Criminal Investigations Department, a KRA staff ID, and another from the Kenya Pharmacy and Poisons Board.

Agutu is calling upon the government to fast track and bring to book individuals involved in the medical supplies scam.

Kenya Insights allows guest blogging, if you want to be published on Kenya’s most authoritative and accurate blog, have an expose, news TIPS, story angles, human interest stories, drop us an email on tips.kenyainsights@gmail.com or via Telegram
Related Content:  Ndii: Keep The Treasury CS Job I Can’t Work With Uhuru
Related Topics:
Up Next

Faces And Names Behind Mali’s Coup