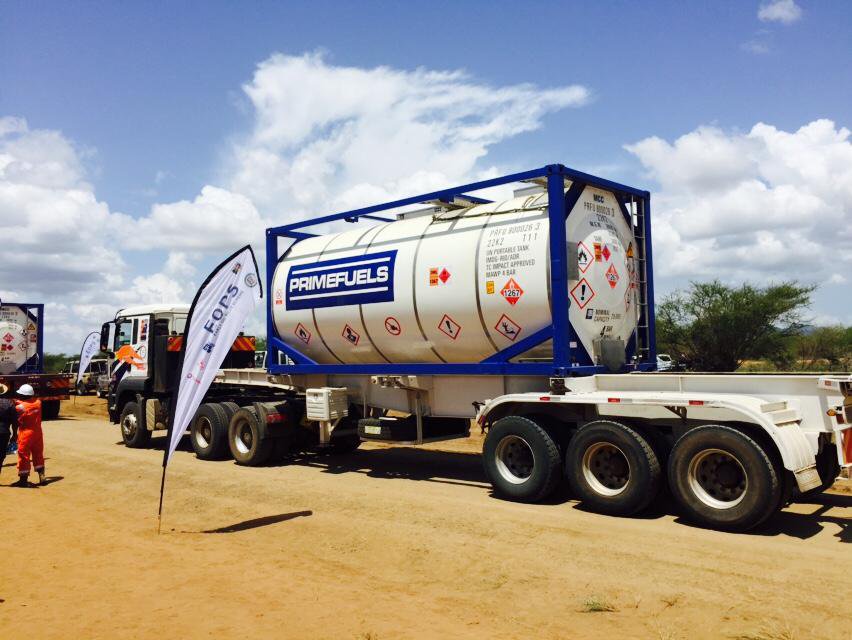 Kenya exported the first batch of her crude oil from Ngamia 1 fields to China in what seemed like a breakthrough, but Kenyans should expect no revenues from the sold oil yet from China.

Andrew Kamau, the Petroleum principal secretary said that the government will use the 1.2 billion, supposed to be received from the sale, to cover for the expenses that the explorer incurred in market testing for the crude.

Mr. Kamau had previously revealed that Kenya had sold the crude oil to ChemChina UK Ltd and a selected delegation of the ministry of petroleum is set to visit Ngamia 1 to explain to Turkana leaders so that they explain to locals of what to expect from the inaugural sale of Kenya’s crude.

“We will be meeting all the leaders next week to explain to them what the sale means because, as we have always said, the Early Oil Pilot Scheme is a market test and not necessarily a commercial venture,” Mr. Kamau said.

According to the PS, the government is, apparently supposed to recover the cost of setting up the oil drilling machines, rehabilitation of storage tanks and expensive trucking of the crude that saw the pilling of 200,000 barrels headed for Beijing in two weeks.

In a nutshell, the government’s upfront cost recovery from the sale of oil to China means the EOPS may not yield any petrodollars until the project reaches its full development which is projected to be in the year 2022.

“I think we have begun our journey and it is up to us to ensure that those resources are put to the best use to develop our country to make it prosperous and to ensure we eliminate poverty in Kenya,” President Kenyatta said.

What comes as sour news is that, Turkana, according to Kenya National Bureau of Statistics ranking, is among the top poorest counties in the whole of Kenya. Last year’s household integration survey revealed that Turkana county alone accounts for close to 15 percent of the hard-core poverty in Kenya. The country is also food-deficient, with 66.1 percent of its population considered food poor.

Personally, I think the government is playing with not only people’s emotions but also money. The State itself has the said stats and reports of what the people of Turkana should get from the start of this project. See people can’t question everything that’s going on right now because the same very government has declined to disclose its production sharing contracts with British oil explorer Tullow.

Constitutionally, the Petroleum Act 2019, provides for profit-sharing between the national government (75 percent), county government (20 percent) and the local community (5 percent), but that will only be known after the cumulative cost of the Early Oil Pilot Scheme is done, including how the cost will be recovered.

See the government should have told the people of Turkana and Kenyans at large that they were, allegedly, intending to pay off the huge accumulated China grants and loans with the crude oil. The fact is that Kenya and China kept their deals secret, with even the announcement of the crude oil buyer coming two weeks after the deal was made.

Nobody knows clearly, maybe those deeply involved in the Petroleum Ministry and the government, why Tullow Oil insisted that the buyer would remain secret, citing a ‘non-disclosure agreement,’ moments before PS Kamau revealed that they had settled on the Chinese oil multinational.

“Non-Disclosure Agreement does not allow us to reveal the name of the winning bidder unilaterally. However, the process was competitive; a group of target buyers was invited to bid for the crude with the winning bidder selected based on the price offered,” Tullow country manager Martin Mbogo said.

This comes at a time when a coalition of 16 civil society organizations from the Kenya Civil Society Platform on Oil and Gas had been pushing for full disclosure of the contracts which specify how the costs incurred by Tullow Oil will be recovered when oil is sold.

“A normal production sharing contract has a cap on how much is allocated to cost recovery to ensure every year you still get some money. It may take long to make full cost recovery, which is usually a recipe for suspicion, especially from local communities,” KCSPOG Coordinator Charles Wanguhu said

We can’t clearly know what the government is doing, rather it will do with the funds that will be generated from the sale of this precious crude oil. It also remains unclear to know how much Tullow Oil has spent in the Turkana Oil fields and the recent audit that had been commissioned by the government yet to be made public for perusal.

Kenya Insights allows guest blogging, if you want to be published on Kenya’s most authoritative and accurate blog, have an expose, news TIPS, story angles, human interest stories, drop us an email on [email protected] or via Telegram
Related Topics:ChinaCrude oilKenyaTurkana
Up Next

Kenya Export Promotion and Branding Agency (KEPROBA), to take over the roles of Exports Promotion Council and Brand Kenya