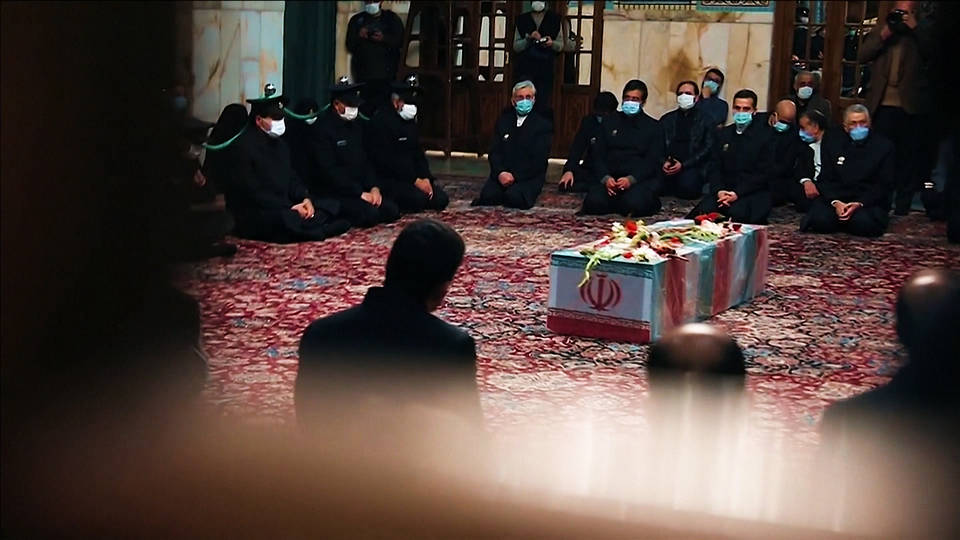 Iran has revealed that its high ranking nuclear scientist Mohsen Fakhrizadeh was shot by a remote-controlled machine gun operating out of another car.

Ali Shamkhani, the secretary of Iran’s Supreme National Security Council, made the revelation during Fakhrizadeh’s burial.

The assassinated nuclear scientist was accorded a state funeral on Monday, he was buried in the capital Tehran.

The nuclear scientist was traveling with his wife in a bulletproof car, alongside three security personnel vehicles, when he heard what sounded like bullets hitting a vehicle and he exited the car to determine what had happened.

When he got out, a remote-controlled machine gun opened fire from a Nissan which had stopped about 150 meters from Fakhrizadeh’s car.

Fakhrizadeh was hit at least three times. His bodyguard was also shot following the gunfire, the Nissan exploded afterwards.

Speaking at the scientist’s burial, Ali Shamkhani said there were no assailants present as everything was remotely controlled by Israel.

Fakhrizadeh headed Iran’s so-called AMAD program, which Israel and the West have alleged is a military operation looking at the feasibility of building a nuclear weapon.

Iran has previously accused Israel of assassinating four other Iranian nuclear scientists between 2010 and 2012.

Israel however repeatedly has declined to comment on the attacks or to take any credit for the killings.

Vision 2030 Strides On With Its Course