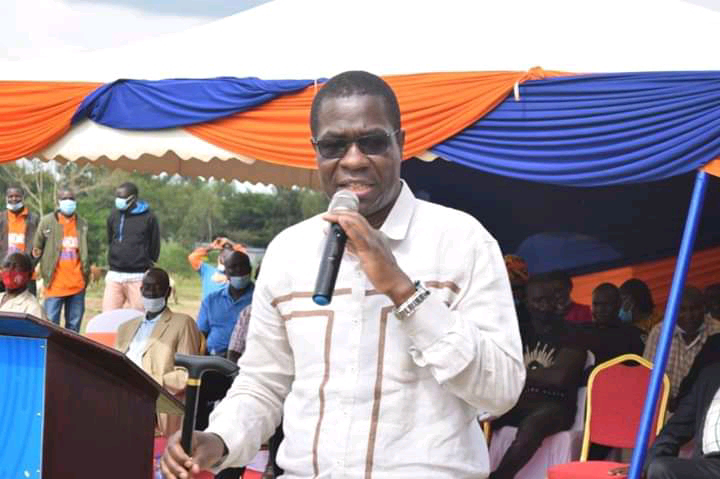 The Kenya Power company limited is technically insolvent and the government should quickly move to bring to book people behind its lacklustre performance, the chairman of the National Assembly Public Accounts Committee, Opiyo Wandayi has said.

Wandayi said time was up for the company to take the first step in asking for voluntary liquidation instead of waiting to be taken to court.

The Ugunja legislator who was flanked by the Nyanza regional BBI coordinator, Jakoyo Midiwo, was speaking at Nyasanda technical training institute grounds during the launch of the collection of signatures on Sunday.

He called on President Uhuru Kenyatta to put to task the energy cabinet secretary to explain the failure in the Kenya Power company, lamenting that the country could not develop with the persistent power outages.

“There is no way Kenyans can prosper without power,” he said adding that it was a pity that a faulty transformer can take up to a year to be replaced.

He said that Kenyans know those behind the running down of the company and warned that soon, they will be named in public.

“Those crooks responsible for running down Kenya Power, we are coming for you and regardless of who you are, you will not go scot free,” he said adding “in the next three weeks, we are going to name those responsible”.

On BBI, Wandayi who is the ODM director of political affairs said that the party was proud to be associated with the document and urged Kenyans to append their signatures in big numbers.

Related Content:  Kyle McCarter: Corrupt Kenyan Officials Will Now Be Denied Visas To The US

He called on those spearheading the signature collection to stop petty politics, adding that the initiative should be approached collectively by representatives of all parties.

Midiwo, a former Gem legislator, further told those spearheading the signature collection to adhere to Covid 19 rules, adding that the disease was real.