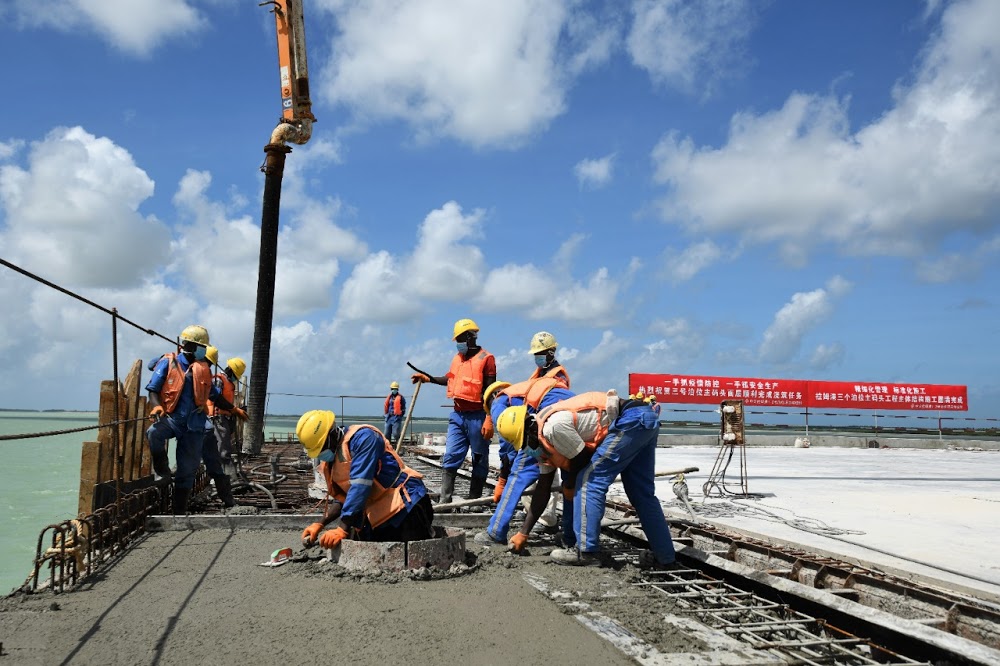 The goal to improve Kenya’s Gross Domestic Product average growth rate to 10% every year saw the inception of Kenyas Vision 2030 project, launched by H.E Mwai Kibaki and was scheduled to last from October 2008 through to 2030. The programme stands out as one of the key solutions of making a leap from poverty to widely shared prosperity and equity in the country. We are at a time in history where a great nation is looking to grow to a middle income status through various development project plans.

Vision 2030 programme is essential to Kenyans as it directly touches on the life of every single Kenyan through its three pillars; economic, social and political. The three pillars are mainly anchored on economic stability, continuity in government reforms, infrastructure, energy, science, technology and innovation (STI), land reforms, human resources development security, public sector reforms as well as enhanced equity an wealth creation opportunities for the poor.

The intervention of the programme through its social pillar seeks to see the country have a cohesive society that has social equity which dwells in a clean and safe environment. As result, key social sectors given priority here include, health, education and training, water and sanitization, gender, youth and vulnerable groups as well as environment.

For the country to realize economic enhancement, it is important to have a firm political system that respects the rule of law as well the rights of its citizens. Vision 2030 seeks to transform the country into a nation without any form of discrimination on gender, religion, race or ethnicity.

Also, in a bid to produce more responsive and focused youth strategies, there has been progressive consolidation and integration of the issues affecting the youth in terms of policies and programmes across various government agencies and ministries. Some of the initiatives already in place include: establishment of government affirmative action funds like Women Enterprise Fund, Uwezo Fund and Youth Enterprise Development Fund; the establishment of Youth Empowerment Centers YECs as well as the establishment of National Safety Inua Jamii Programme which to date, has provided cash transfers to a total of 764,464 poor and vulnerable old persons.

Since its flagship, the journey to 2030 has made substantial progress with the Vision being implemented through successive five-year Medium Term Plans (MTPs) and is currently on its third. It is pleasing that through the leadership and guidance of both the Vision Delivery Board (VDB) and the Secretariat (VDS), the first two MTPs have made notable achievements which include;

Substantial progress has been made in education and health.

In infrastructure, the has been the expansion and modernization of aviation facilities like the rehabilitation of pavements at JKIA; improvement of shipping and maritime facilities like the Second Container Terminal Phase II which as at end of June 2020, was 55.2% complete; and the construction and expansion of Railway transport which aims to rehabilitate a total of 10 stations under the Nairobi Railway Network (NCR) improvement project. 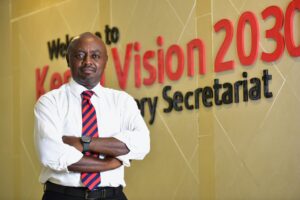 In ICT, the national ICT infrastructure programme has seen Digital Terrestrial Television coverage rolled out to 22% of the country; the development of Cyber security infrastructure which was at 85.7% by the end of June 2020 and also the integration of e-government services.

As much as the progress recorded so far varies across regions and sectors, it is common practice to expect more from those who do well. The team trusted with the execution of this programme is rich of professionals with vast experiences across different sectors and will do well under the leadership of the current VDS Director General – Kenneth Mwige.

Although the two phases have been able to record laudable milestones, there are challenges which may potentially interfere or impede with the completion of the third phase. This could occur especially around delay in funding of projects, high unemployment levels commonly among the youth and the issue of gender balance in national programmes and initiatives. Others include;

Low and stagnant shares of manufacturing and exporting sectors

Fast-tracking implementation of reforms to improve ranking in the World Bank Ease of Doing Business Indicators, which currently ranks 80 out of 189 countries

Increase in prices of food and other basic items resulting in high cost of living;

Newly appointed Vision 2030 Delivery Secretariat, Director General, Kenneth Mwige has a major task as the project enters its final stretch of the decade in realizing the initially set goals.

Ken shines with a magnificent portfolio that puts him at a better position to deal with the tasks at hand.

Ken serves conscientiously and has received Unqualified External Audit Reports as A-I-E Holder whilst delivering tangible, measurable results. Like which ones? The Performance Contracting Indicator ‘Resolution of Public Complaints’ is Ken’s contribution to improving Service Delivery (have you seen any Service Charter in a Public Office?) in Kenya. Recently, Ken pushed, to adoption in Kenya, Tanzania, Uganda and Zambia, the policy to discourage CIF imports in favour of C&F, strengthening the Insurance Industry in these countries. The estimated national forex savings run into millions of dollars.

He is a subject-matter expert on governance, banking, shipping and international trade. Ken also has a journalistic bent and wrote an Editorial Column in The East African Standard newspaper between 2000 and 2003. He continues to shape public opinion through commentaries in the print and electronic media.

The secretariat in its strategy is banking on Public Private Partnerships (PPPs) in accelerating the growth. In the program, Kenya is expected to spend way over USD60B within the decade to lift the country up with 10% economic growth.

When all is said and done, every Kenyan has everything to gain.