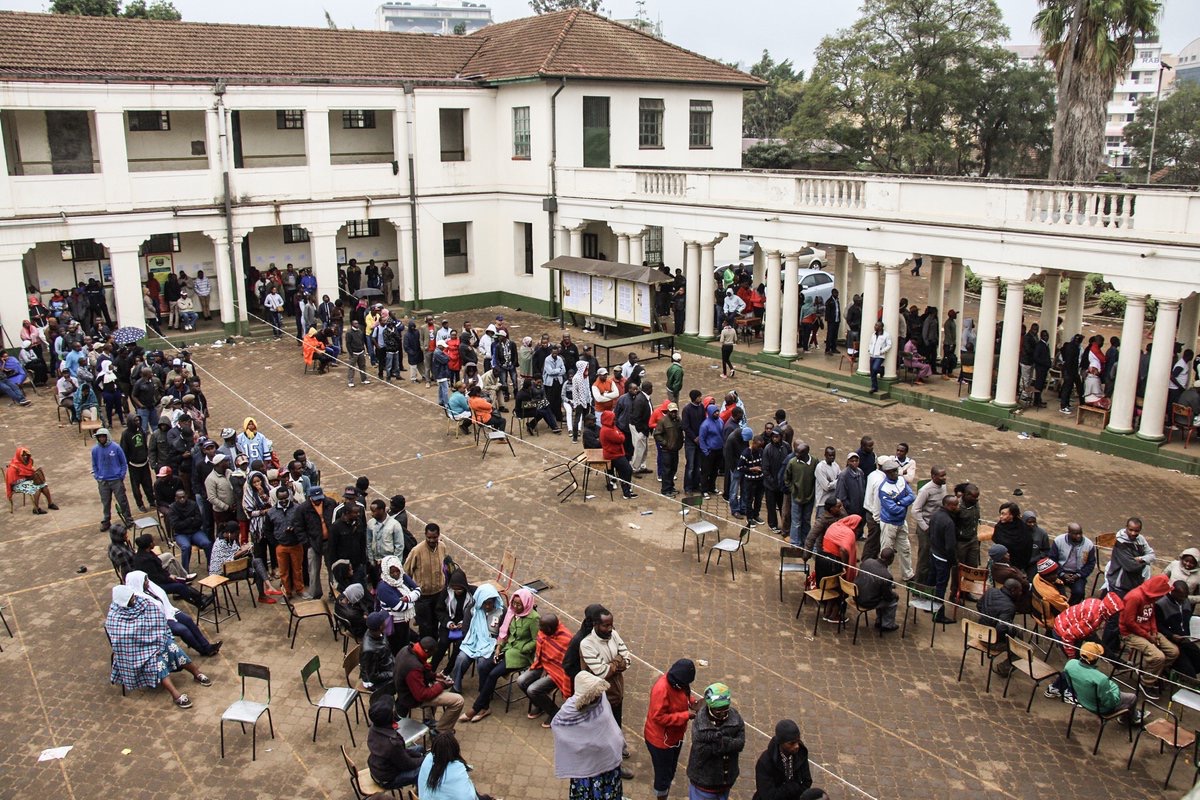 The Carter Center released its final comprehensive Kenya 2017 election observation report today, which outlines its key findings and offers recommendations for reform to strengthen Kenya’s electoral processes, including new annexes that lay out the Center’s findings on women’s participation and on the use of information and communications technology in elections.

The Center’s report recommends that parliament review the electoral framework, making all necessary changes to the electoral law well in advance of the next elections, and urges it to implement the legally mandated two-thirds gender rule. The report also urges the Independent Electoral and Boundaries Commission to move swiftly to implement all recommendations in the KPMG audit of the voter register and to conduct a new voter-registration audit at least 12 months prior to the 2022 election.

The Center calls on legislators and the IEBC to sustain momentum on electoral reform in order to allow for adequate implementation before the 2022 elections, and to prepare and train members of the election commission, judiciary, and other key electoral stakeholders.

The Center notes that in the months since the election, the political atmosphere has improved following the “handshake” between President Uhuru Kenyatta and opposition leader Raila Odinga on March 9, 2018. Their rapprochement resulted in the Building Bridges initiative, which has as part of its mandate a review of Kenya’s electoral processes. The Center urges all electoral stakeholders to use the lessons learned from the 2017 elections to inform the Building Bridges initiative and to initiate an electoral reform process in 2018. Recent political posturing over the 2022 presidential election and the upcoming national census and boundary delimitation process raises concerns that an electoral reform process could be delayed.

To move electoral reform forward, parliament should move swiftly to ensure that the requisite number of IEBC commissioners are in place. Meaningful reform cannot be implemented without a fully functioning commission.

Key highlights of the comprehensive report include:

Use of Information and Communications Technology: In an annex to the report, The Carter Center presents its assessment of the use of information and communications technology in Kenya’s election. The annex notes that while the use of these technologies presented numerous challenges during the 2017 electoral cycle, when used effectively, they have the potential to create confidence in the election results at all levels, including the Supreme Court. Having transparent and verifiable evidence and effective mechanisms to distinguish authentic information from fake information is the best way to create confidence in an election outcome.

Given the constitutional mandate that all election processes be transparent, the Center recommends that the IEBC utilize information and communications technology that is transparent and fully verifiable and that offer mechanisms for party agents and observers to check the accuracy of the tabulation and results transmission during an election and after the election is completed.

Women’s participation: The comprehensive report also includes an annex that summarizes its findings regarding women’s political participation during the 2017 electoral process. The Center reiterates its call to all stakeholders charged with strengthening women, youth, and persons with disabilities political participation – including political parties, the IEBC, and the Office of the Registrar of Political Parties – to put corrective measures in place to protect the rights of these and other special-interest groups, as safeguarded in the constitution.

The Center conducted consultations in the summer of 2018 on women and youth engagement in political participation in several counties around the country. Both constituencies expressed a strong desire to engage politically but cited numerous financial, cultural, and societal challenges that make it difficult to do so. A summary report of those findings is forthcoming.

Legal framework: The Center encourages stakeholders to conduct a comprehensive review of the electoral legal framework. Parliament should conduct an inclusive consultative process well in advance of the 2022 election cycle to strengthen the electoral law, particularly with regard to the conduct of party primaries and electoral dispute-resolution

mechanisms. It should also clarify leadership and integrity requirements so that prospective candidates understand the requirements to run for office well in advance of the polls. In addition, parliament should clearly define the respective roles of the IEBC and the Ethics and Anti-Corruption Commission in determining whether candidates have met these eligibility criteria.

Separate from the final report, The Carter Center recently conducted a review of decisions from the High Court and the Court of Appeals on challenges to the results of the 2017 elections.

The Center found that lower courts have inconsistently applied the legal reasoning in the Supreme Court’s Sept. 1 decision to annul the Aug. 8, 2017, presidential election. This is especially true when considering whether alleged irregularities were “substantial” enough to warrant the annulling of an election without consideration of the results.

The inconsistent application of the Supreme Court’s ruling threatens to create a situation where the threshold for annulling elections in Kenya is so low that the will of the people as expressed through the ballots cast could become a secondary consideration.

As of this month, there are 14 election petitions pending before the Supreme Court. The resolution of these cases may bring some clarity and consistency to the interpretation of the Elections Act (specifically, Article 83) and the Supreme Court ruling that pertain to the annulation of election results.

Following the election, the Center recommended that parliament amend the election law to clarify that election results should only be annulled when irregularities are of a sufficient magnitude to affect the outcome. The Supreme Court addressed this issue in its recent rulings and indicated that such a step would require a constitutional amendment. The Kenyan government should give this option serious consideration to bring its dispute-resolution framework into alignment with best practices across the continent.

The Carter Center in Kenya: The Center’s final election report is based on the reporting of Carter Center experts and long-term observers on the ground from April through November 2017. The Carter Center team monitored key parts of the electoral process, including the party primaries and candidate nominations, voter verification, campaigning, electoral preparations, and electoral dispute resolution. The core team of experts was joined by a large group of short-term observers to monitor voting, counting, and tallying in the days surrounding the Aug. 8 election. Because the Oct. 26 rerun election was marked by increased insecurity, an uncertain political environment, and an opposition boycott, the Center deployed a smaller, limited observation mission, which did not cover all areas of the country. The Center also deployed experts from February to August 2018 to discuss information and communications technology, legal reform, and women and youth participation recommendations with electoral stakeholders. The Center assessed the court decisions on electoral petitions challenging the results in down-ballot races and women and youth participation in the 2017 elections. Reports with findings and recommendations on these issues are forthcoming.