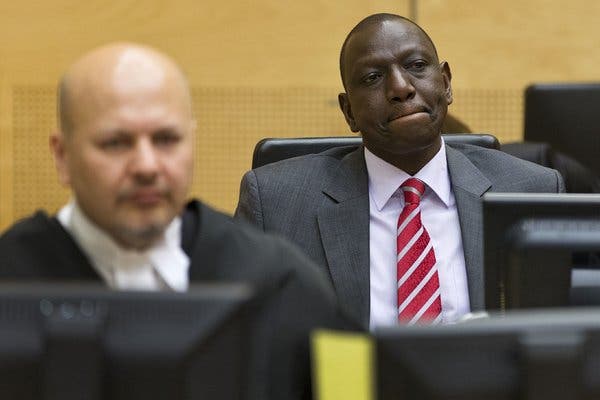 Kenyan Deputy President William Ruto has been throwing hints about people trying to reopen his case against humanity at the International Criminal Court (ICC) on several occasions now.

During a live interview on national television, Ruto claimed that powerful forces were working to revive his case as part of measures to frustrate his 2022 presidential bid, when he hopes to succeed President Kenyatta who is on his second and final term in office.

Talking to newspaper journalists the DP also claimed that a “cabal that went out of its way” to try and stop him and President Uhuru Kenyatta from ascending to power in 2013 was now plotting to block him from the presidency in 2022.

“As of last year, I was having a discussion with the Director-General of NIS (National Intelligence Service), Philip Kameru, and I learned that there are people here who are ready to come and open the ICC cases,” the Deputy President stated.

Kitutu Chache South MP Richard Onyonka has asked the DP to stop playing the sympathy card by bringing up the ICC case, “The Deputy President is seeking sympathy and at the same time threatening Kenyans,” Onyonka said a recent fund raising organized by Old boys association in Kisii.

Related Content:  Forget About Capping Campaigns Expenditures IEBC Must Also Focus On The Source Of This Big Money
Kenya Insights allows guest blogging, if you want to be published on Kenya’s most authoritative and accurate blog, have an expose, news, story angles, human interest stories, drop us an email on tips.kenyainsights@gmail.com or via Telegram
Related Topics:
Up Next