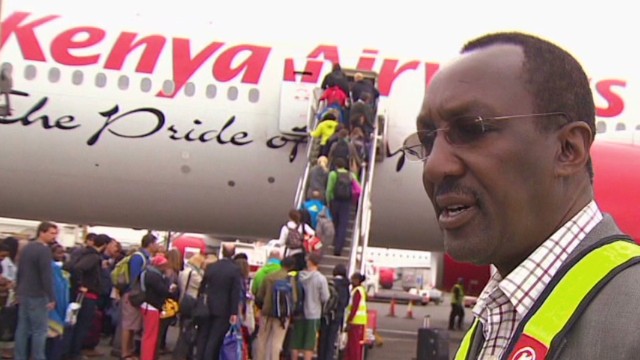 The flag carrier airline of Kenya is on the spot yet again this time over  Sh100 billion lost between 2003 and 2014, the nine years when Titus Naikuni was in charge.

The Director of Criminal Investigations has begun investigating the airways staff deploying forensic experts to go through through the company records and contracts with suppliers immediately. An audit report prepared by the audit firm Deloitte four years ago triggered the probe.

The investigation will look to verify whether the KQ staff were complicit in a global money-laundering ring in a conspiracy to bring down the airline. Police also suspected the money was used to fund terrorism in the region.

According to the Deloitte dossier, KQ used the black market to repatriate cash from Sudan, South Sudan and Ethiopia back to Nairobi. The airline via transactions pre-approved by then KQ chief executive officer Titus Naikuni and the finance director Alex Mbugua used an agent identified as Khalid Mohammed Ali who charged an exorbitant fee way above the market rate estimated be about Sh5.4 billion.

In KQ’s internal audit the team had asked why the airline contracted the agent when rival airlines complied with the rules in Ethiopia and Sudan to use the formal banking system.

Also under investigation is how Titus Naikuni and co.  purchased a second-hand plane from KQ’s Dutch shareholder KLM for Sh2 billion and sold off the same aircraft at Sh200 million after only five years making a substancial loss of Sh1.8 billion.

Kinoti’s team is also investigating suspicious transactions ranging from ticketing. The airline lost Sh77 billion in undervalued tickets and the huge discounts allocated to travel agents who in turn charge travelers a premium. In one case,  travel agents charged two officials from the Ministry of Transport and Infrastructure members of the KQ board almost thrice the initial fare, but only remitted the actual price back to KQ further bagging home commission from the same tickets sale.

Related Content:  Raila: The Parliament Should Apologize To Kenyans For Spending Taxpayers’ Money On Irrelevant US Trip

The auditors also accuse the KQ management of allowing its staff to void, refund and reissue tickets, causing a revenue loss of $12 million.

According to reports the airline was also huddled with theft of parts in aircraft maintenance in one case the reports say an employee hacked into the OASES inventory management system at the airline, created an account “rk’ and made away with Sh60 million spare parts in one year.

The dubious transactions spread over to jet fuel procurement. In the procurement KQ still bought overpriced fuel on account of their hedging policy. after investigations the airline had lost Sh3.3 billion.

Auditors say KQ also wound up a profitable cargo subsidiary, gave its business to a rival company and paid Sh400 million to the company, instead of expanding its cargo capacity.

The corporate greed explains why the airline has been making losses despite the rise in revenues and passenger numbers. Kenya Airways doubled its loss from last year by recording an 8.56 billion loss for the half year ending June 30th. The airline recorded a loss of 4 billion for the same period last year.

Sh1,000 Old Notes Will Be Shredded And Burned Into Ashes In Kariobangi