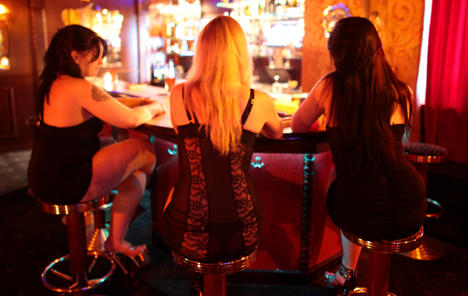 An increasing number of women and girls are leaving South Asian nations to work in Kenya’s adult entertainment industry – many illegally – according to anti-trafficking activists and police.

The underground trafficking groups lure vulnerable and underage victims to the country deceptively by offering false hopes of making thousands of money a month working in cultural clubs but those are just the fronts to ensnare women and girls, some into sex slavery.

The women start by dancing to Bollywood music all night for money from male patrons which according to some of them they don’t get to keep “We didn’t get the tips as they were for the boss,” claimed one victim

In an interview with Thompson Reuters Foundation a couple of victims denied having being forced to sleep with clients but this could have been out of fear as they may have been told if they admit these claims they could be jailed for prostitution. Paul Adhoch, head of Trace Kenya, a charity that provided shelter to the victims, said the women did not identify as victims but their behavior and treatment suggested otherwise.

In Kenya, many local women and girls are promised good jobs only to be enslaved in domestic servitude or forced into prostitution – often in the sex tourism industry.

Raids by the Kenyan police on Bollywood styled dance clubs at the coast has seen an increased number of women and girls from South Asian countries such as Nepal, India and Pakistan rescued According to an Investigation done by Aljazeera.

The victims enter Kenya on a three month tourist visa according to the DCI, there is still no official data on the figures but results of police raids suggest scores of women and underage girls are victims of organized human trafficking from South Asia to Kenya.

“This whole thing has been terrible,” a victim stated, “I should never have come – it was a mistake. All I want to do is go home. I never come to Kenya again.”

This comes after CS Echesa was recently on the spot after being linked with eight trafficked pakistan girls at the beginning of the year. The CS was accused of giving special permits to facilitate the ordeal.

Kenya Insights allows guest blogging, if you want to be published on Kenya’s most authoritative and accurate blog, have an expose, news, story angles, human interest stories, drop us an email on tips.kenyainsights@gmail.com or via Telegram
Related Content:  Witness Confession: Lawyer Willie Kimani, His client Josephat Mwenda And Taxi Driver Joseph Muiruri Were Suffocated To Death
Related Topics:
Up Next