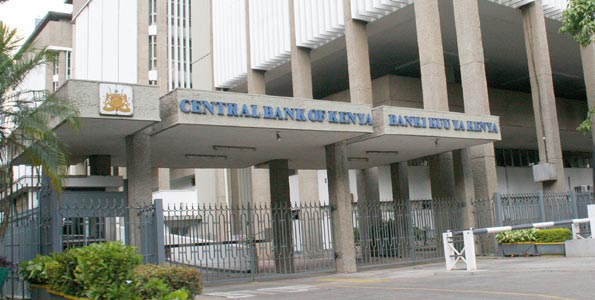 According to the Standard Alex Ribero Ngugi, using the alias Aba Mpesha, walked into a bank in Westlands with Ksh5,000 seeking to open a business account which allegedly dealt in horticultural products. Branch manager Jignesh Desai exclusively supervised the opening of the business account under the name Mpesha Enterprises. The process was smooth as Mpesha had been referred to the bank by another trusted client of the bank.

According to the CBK, the account was opened “in the most casual manner without due consideration of such matters as a bank is bound in the normal course of business.” The company lacked a physical address and the account was registered under John Mbuu who was later unmasked as Ngugi.

The account remained dormant after set up for about six months when a deposit of Ksh50,000 was made into the account. From then on, the account became a hub of transactions receiving millions in deposits and huge withdrawal sums. The first huge amount was Sh95 million that was transferred to the account by order of Dyer Blair Investment Bank, through Stanbic Bank. The money was allegedly from the sale of Treasury bonds. Mpesha immediately withdrew Sh16.5 million in cash.

A few days later, another Sh90 million came in from Dyer and Blair. This time, Mpesha withdrew Sh6.5 million in cash. During a court session the prosecutor of the case, Justice George Odunga argued that the bank could have raised an alarm over the huge withdrawals but it did not.

It was only later discovered that in fact the deposits were proceeds from fraudulently procured Treasury Bonds Issue Nos. FXT 2/2002/2 and FXD 1/2002/4 in the names of CBA Capital Ltd and Mumbu Holdings Ltd, respectively.

The scam would be exposed the following month when Mumbu Holdings attempted to offer their Treasury bonds for sale only to learn that they had been transferred.

Investigations initiated for Mumbu Holdings unearthed the CBA Capital transactions. Police placed an advertisement in the newspapers seeking for the proprietor of Mpesha Enterprises, and arrested Mr. Ngugi.

Alex Ribero Ngugi had worked with Barclays Bank from November 3, 1987 to mid-1997 as a cashier before he lost his job and proceeded into the Juakali