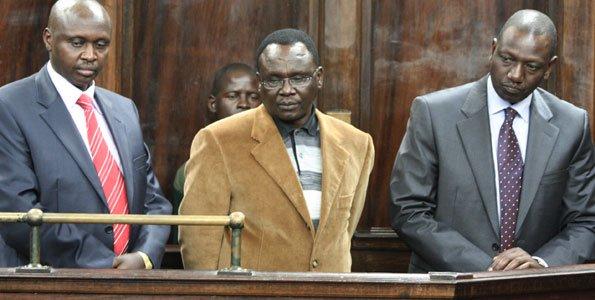 An investigation by the Ethics and Anti-Corruption Commission (EACC) into the grabbing of a Sh100 million parcel of land belonging to the Kenya National Highways Authority (KeNHA) land has revealed how a former commissioner of lands aided his brother to acquire the land in Nakuru.

Mr Sammy Komen Mwaita is alleged to have used his position to enable his brother, Mr Hillary Kipkorir, to own the prime land situated off Prisons Road and which borders Kabarak University’s Nakuru Campus.

The land is part of government parcels whose transfers to private individuals had been recommended by the Ndung’u Land Commission report for annulment in favour of the rural road access camp.

An affidavit filed by the EACC at the Nakuru Lands court demonstrates how the former commissioner illegally amended the land’s particulars to benefit his brother, leaving the authority with insufficient resources to undertake its activities.

During the entire process, Mr Kipkorir in all his correspondence to his brother omitted his surname so as to conceal his relationship with him.

According to the affidavit filed at the Lands court in Nakuru by the graft watchdog’s forensic investigator, the land was set aside for use by the Ministry of Works as a road access camp in 1977.

However, investigations established that on January 7, 1978, an illegal amendment was made where Part Development Plan (PDP) reference number R7/78/1 was drawn, signed by the director of physical planning and approved by Commissioner Mwaita on January 11, 1980.

It was then allocated approved development plan number 195 which indicates two parcels as the plan of proposed site for Kenya Posts and Telecommunications Engineering Construction and the other as the proposed site for rural access roads camp.

Related Content:  Kenyan Man Claims He Has The Treatment For Coronavirus From A Herb He Discovered In 2002

The law required that before a letter of allotment is issued, the director of physical planning had to receive a request in writing from a Commissioner of Lands so as to prepare a part development plan and facilitate allocation of government land.

The director then resubmits the approved PDP with an approved development plan number to the Commissioner of Lands for issuance of a letter of allotment.

In this case, however, on June 23, 1999, Mr Mwaita issued a letter of allotment with reference number 30884/XLVIII to Mr Kipkorir.

The letter had a PDP ref R7/98/188, allegedly approved by Mr Mwaita but lacked an approved development plan number.

The letter also indicated that the land was reserved for construction of a primary school without an application for land by the accused.

A private surveyor then prepared a survey plan F/R Number 406/184 for the parcel and the registry index map was amended to reflect the same.

But investigations revealed that the number belongs to three different parcels known as Mombasa Municipality Block 46 (Island) 191, 192 and 193.

The affidavit adds that on August 9, 2002, the Kipkorir was asked to seek change of use from construction of a primary school as recorded in the letter of allotment to residential use after which a new lease was issued by the former commissioner.

On September 27, the lease document was registered by the District Lands Officer, Nakuru and a certificate of lease issued in the name of Mr Kipkorir.

EACC has since discovered that the green card obtained by Mr Kipkorir for the parcel indicates that it is in a size smaller than its actual size.

A valuation report attached to the affidavit further notes that although the title search indicated that the plot measures approximately 0.1990 of an acre, the actual ground area which has been fenced off by Kenha is 1.5147 hectares (3.74 acres).

“Upon gathering and analysing real estate data in respect of the neighbourhood, I valued the parcel measuring 3.74acres (land only) at Sh100,000,000,” the report states.