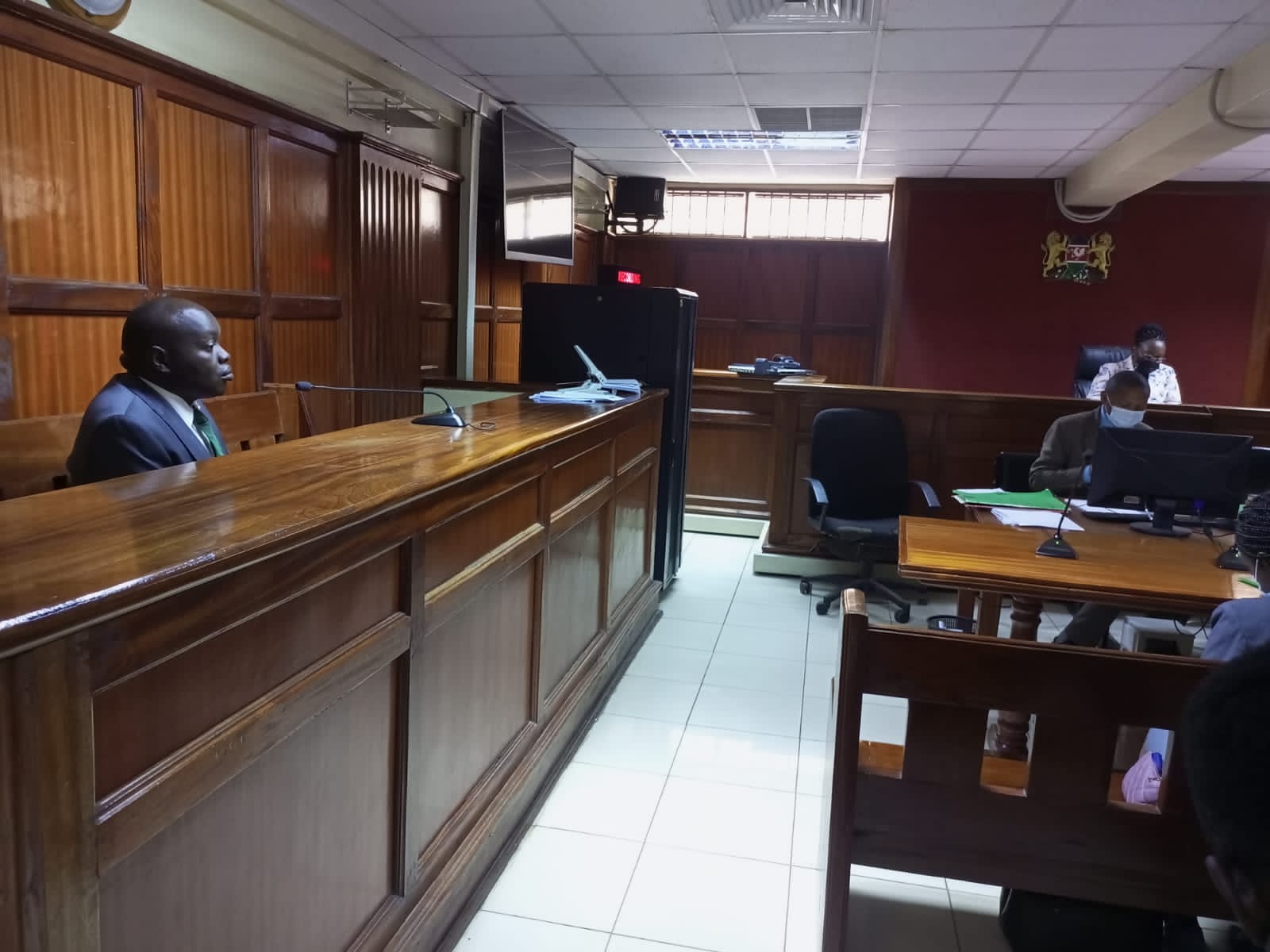 Milimani Chief Magistrate Wendy Kagendo wants the police to investigate the conduct of Nandi Senator Samson Cherargei for causing disturbance in court as he protested over his trial in hate speech case.

The magistrate asked the Director of Criminal Investigations George Kinoti or Inspector General of Police Hillary Mutyambai to investigate the legislator’s conduct and whether it constitutes to disturbance or obstruction of justice.

The magistrate said the police should pick today’s proceedings in court and see whether the conduct constitutes an offence.

The court made the directive after Cherargei made attempts to stall the trial by making numerous applications including asking Kagendo to recuse herself from the case.

“I will therefore not recuse myself (from the case). I am not hostile to the accused person and I have no interest in the matter. It is my finding that the application for recusal as another way to find adjournment through the back door as Mr. Muteti has pointed out,” the magistrate ruled.

While dismissing the application, Kagendo said the senator’s conduct had become unruly.

The application was a second attempt by the law maker to stall the trial. An application made on Monday seeking to adjourn the case, saying that his lawyer was appearing before another court was rejected an the first witness gave his evidence.

“As for the issue that am either hostile or biased against the accused person, I repeat again I have nothing personal against him, I do not know him, I have never accounted him, we have never transacted, I am not in any political leaning, I have not received any instructions from anywhere and I am sufficiently trained to know how to conduct proceedings and how not to exhibit biased,” said Magistrate Kagendo.

The magistrate added that the court will however not tolerate what she termed as drama.

This was after he delayed the case from 10am to 1pm.

“As I repeat yesterday my only interest is to have the matter prosecuted successfully. This is to save the Judiciary from constant embarrassment of being considered the weakest link in the criminal justice system and we all know the judiciary has constantly been accused of being slow and delaying justice,” the Magistrate added.