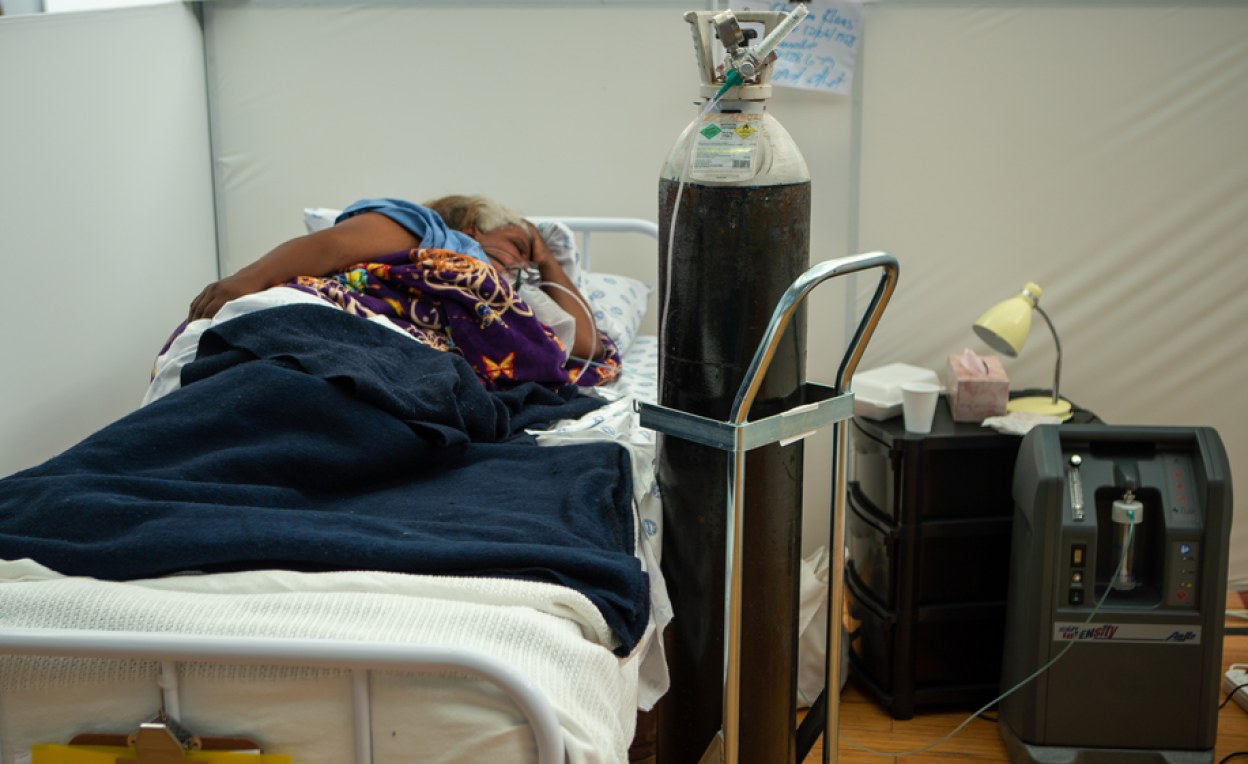 Saturday, April 10 at 3pm. An oxygen plant at Nakuru Level Five Hospital breaks down. Panic ripples through the hospital as air stops flowing into the Covid-19 isolation wards.

Instead of producing oxygen for 80 cylinders, the plant only managed to produce half of that, leading to a deficit of about 40.

Three patients at the High Dependency Unit (HDU), who were on supplementary oxygen, die, adding to the growing number of lives getting lost due to lack of the life-saving gas.

County Health Executive Gichuki Kariuki, termed the deaths unfortunate, saying more lives could have been lost had they not acted swiftly. Today, the ICU facilities in Nakuru remain overwhelmed even as the rest of the country heads into an acute oxygen crisis.

The incident has lifted the lid on the scandal that is Kenya’s oxygen supply, as it emerges that some counties set up sham oxygen plants in the rush to use Covid-19 millions.

However, the machine located at the county referral hospital, with a capacity to produce 80 litres per minute, malfunctioned even before it could start its work. Today, health facilities across the county are relying on oxygen bought from BOC Limited.

The gas is delivered in nine-kilogramme cylinders and the referral hospital has 40 such cylinders.

A senior officer within the health department who did not want to be named fearing appraisals said the hospital, which has the main ICU ward for Covid-19 patients, relies on gas manufactured and supplied from other counties.

In Vihiga County, the oxygen plant procured from France is not operational due to low electricity supply at the referral hospital in Mbale town.

Governor Wilber Ottichilo said when a test run of the plant was done, other units such as the dialysis centre went off, causing a scare.

Dr Ottichilo said Kenya Power has recommended installation of a bigger transformer: “We are waiting for a quotation from Kenya Power to install a large transformer that can run all the equipment uninterrupted.”

In Migori County, an oxygen plant has been non-operational since its launch in 2019.

A spot check at Migori County Referral Hospital revealed that the plant, with a daily production capacity of 1,000 litres, was lying idle.

“The plant is there but has been inactive since its installation in 2019. Patients in dire need of oxygen are referred to hospitals in neighbouring counties,” a medical officer told Nation.

She said the facility has five oxygen cylinders serving the five wards, dismissing claims that the facility was experiencing an acute shortage of the much-needed gas.

In Kisumu County, the Jaramogi Oginga Odinga Teaching and Referral Hospital is facing an acute shortage and needs to install additional machines that can produce at least 500 litres of liquid oxygen per minute.

The hospital has two oxygen plants with a capacity of 230 and 116 litres per minute, respectively. This capacity is dedicated to theatre and ICU. In addition, there are 6,000 litres of liquid oxygen dedicated to wards and isolation.

“Normally, this would be enough to run the hospital operations. However, due to the Covid-19, the capacity has been overrun,” said the hospital’s chief executive officer, Dr George Rae.

The referral hospital now spends about Sh1.8 million every month for liquid oxygen from BOC plant in Kibos. To beat the strained oxygen capacity, the county government is planning to install a Sh50 million oxygen plant at the facility. The contract has been awarded to Hewa Tele Limited, medical supply company.

“The new plant will serve other hospitals in Kisumu. We expect to launch the oxygen plant in June this year,” said Dr Rae. But, for now, Nation understands that the county’s medical facilities will continue to depend on oxygen cylinders, which are prone to stockouts.

Even for counties that have oxygen plants, supply is still scarce in lower-level health facilities. This is mostly driven by the cost and supply chain challenges associated with refilling cylinders.

A recent report published by Programme for Appropriate Technology in Health (Path) found that oxygen availability in Kenya largely depended on cylinders, with some other counties opting for concentrators.

“Although there are many oxygen suppliers selling products in the global market, their use is not widespread in public health facilities, and most oxygen in the Kenyan public health system is delivered using cylinders,” the report says.

And the trouble with oxygen in counties does not stop with breakdowns and ghost projects.

The quality of oxygen that ‘functional’ plants are churning out is equally in question and besides outages, this could be another factor contributing to deaths in wards.

Since the advent of devolution in 2013, counties took charge of the procurement of their own oxygen, and with this came trouble.

“Before this was decentralised, the Kenya Medical Supplies Authority (Kemsa) sent quality control officers who would ensure that the supply was up to standards. This is not the case in the county procurement tendering process,” a medical official in Taita Taveta County said, adding that few of them have employed biomedical engineers to vouch for the quality, and operations of these oxygen plants: “This explains why most of the counties have plants that do not work.”

Kenya’s oxygen shortage has been a crisis in the making, one which the Health ministry and county officials saw coming but did little to avert.

Even with counties establishing their own medical oxygen plants, tendering bottlenecks, poor training of the staff handling these facilities, lack of spare parts, and poor quality of medical oxygen has rendered some of them unusable.

Early this month, Health Cabinet Secretary Mutahi Kagwe admitted that the availability of oxygen remains low in public health facilities at 16 percent, and where available, the supply is not optimal due to lack of necessary distribution and delivery infrastructure.

By the start of April, the country’s demand for oxygen for Covid-19-related emergency medical care had more than doubled to about 880 tonnes, from 410 tonnes last year, and 560 tonnes in January.

“The situation now is that the (gas manufacturing) industry is completely stretched. If we go any further than that, immediate steps will have to be taken,” the CS warned.

The county has over 75 oxygen plants, both for national and county governments, but due to tendering wars, court cases, and breakdowns, majority of them are not functional.

“Some of the country’s 75 oxygen plants have stalled due to challenges related to the supply of spare parts. We shall be engaging the counties and the industry to develop common standards for oxygen plants in future,” Mr Kagwe said.

Yesterday, Kisumu Governor Anyang’ Nyong’o, who is the chairman of the Council of Governors’ Health Committee, said counties have 58 oxygen plants, of which only 42 are functional.

Mr Kagwe said that, despite having these oxygen plants across the country, with a majority serving one to three units within a facility, some plants face several challenges–including production of oxygen with lower than recommended concentration levels.

So, how did the country end up in this crisis? On November 7, 2017, on a warm Dubai afternoon, Dr Jackson Kioko, then Director of Medical Services, was in the UAE attending an “Accelerating Access to Oxygen” conference organized by Path.

In his presentation, Dr Kioko said one of the challenges facing oxygen commodity availability for the country’s healthcare sector was “the capacity to quantify and forecast.”

Since then, the public oxygen infrastructure has witnessed little change. From 46 oxygen plants in 2017, the country increased this to 75 plants.

Sadly, majority of these, which are county owned, are not in use. And for those in use, quality of medical oxygen and supply deficiencies rock them. Of the installed plants , 13 came through because of the Managed Equipment Services (MES) programme, while the rest were county projects.

Procurement and non-payment of services has been the key driver in the country’s oxygen crisis.

Meet the Junior secretary grabbing CS Macharia by his ankles