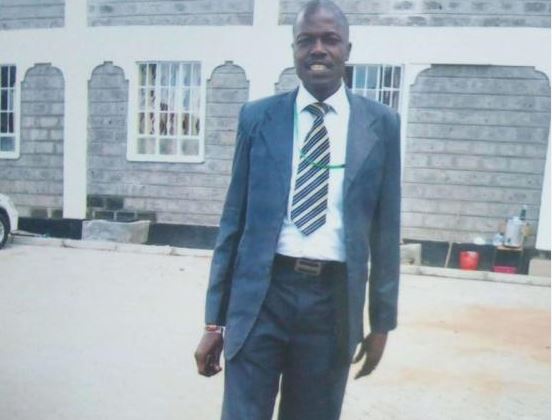 A Homa Bay teacher who had gone missing after marking KCPE examinations in Nairobi has been found after he was spotted on CCTV footage. Moses Odumbe, 49, had been reported missing for more than two weeks.

Moses had left home, Kogana village, Karabodni Location on November 8 at 5:30 pm and said he was headed to St. Georges Girls Secondary school in Nairobi to mark the national exam papers. He was supposed to return back after the exercise was done but he never did.

Days after the marking exercise was done and the man was still missing, his wife Joyce his phone was also switched off. The family got even more worried after Education CS George Magoha announced the results of the KCPE examinations on November 18 but Odumbe was nowhere to be seen. The last time that they had heard from him was when he reportedly talked to his son, a student at the Jomo Kenyatta University of Agriculture and Technology on November 10.

He was finally located on Tuesday, alive and sitting at Kamukunji Grounds. One of his relatives, Colins Odhiambo says that they traced him through CCTV footage after getting a tip-off that he was seen spending the night in an unidentified location in Nairobi from November 9 to 11.

Joyce said the teacher had lost his senses and could hardly recognise some of his relatives whom he knew before the incident.

The primary school teacher has been taken to Nairobi West Hospital for medical examination.

Kenya Insights allows guest blogging, if you want to be published on Kenya’s most authoritative and accurate blog, have an expose, news, story angles, human interest stories, drop us an email on tips.kenyainsights@gmail.com or via Telegram
Related Content:  Betway, Mozzartbet Amongst The Ten Betting Firms Okayed By KRA
Related Topics:
Up Next

Pathologist: Count for nothing We have no idea how many ‘Covid deaths’ were actually Covid