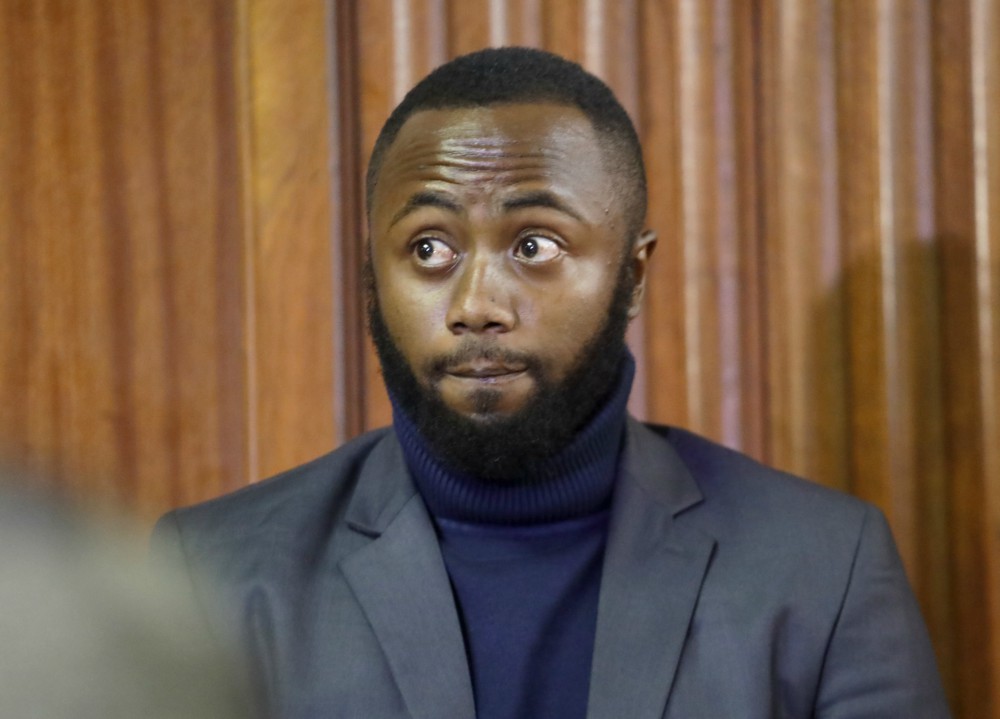 The caretaker at the Lamuria Garden apartments where Monica Kimani stayed yesterday narrated the horrifying scene when they broke the door to the house and found her lifeless body in the bathtub.

Testifying in her murder case on Wednesday, Mr Regan Buluku told the court they decided to break in after her brother’s attempts to reach her bore no fruits leading to the brother looking for the caretaker.

When they first peeped into the house, Water could be heard running and the TV was on, the lights were also on and there seemed to be candles lit in the bathtub. A closer look and there was her body, lifeless, hands and legs had been tied with a strap and the tap in the bathtub left running, her throat had been slit open. “I immediately called the security manager, who informed the police,” Mr Buluku said.

Mr Buluku says he noticed a small yellow bag that had been hanged on the lock, behind the main door, and there were utensils, empty beer cans and bottles on the table in the living room.

Mr Buluku revealed that CCTV cameras to the apartments were not working around the time of the murder. While being cross-examined by Prof Hassan Nandwa, who represents Mr Irungu, the witness said the owner of the building, he said, lived in one of the apartments and his wife was the one manning the CCTV room.

The witness was testifying in the murder trial of Mr Joseph Irungu, alias Jowie, and Ms Jacque Maribe. Hearing Continues

Related Content:  Real Estate: HF Won’t Start Any New Construction
Kenya Insights allows guest blogging, if you want to be published on Kenya’s most authoritative and accurate blog, have an expose, news, story angles, human interest stories, drop us an email on tips.kenyainsights@gmail.com or via Telegram
Related Topics:
Up Next