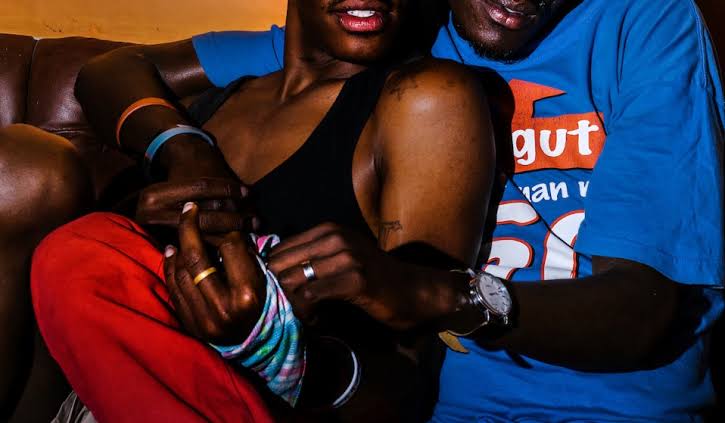 You may have heard the popular phrase “Don’t drop the soap” on the inter-webs mostly used as memes. What seems to be a joke is however a reality in the prisons in Kenya.

For the longest time Prisoners in Kenya have asked to be granted conjugal visits with no success. The results have unfortunately seen a rampant increase in homosexuality.

Homosexuality among prisoners is rife and it is contributing to the high HIV and Aids prevalence among inmates, a survey on the Kenyan jails reveals.

Attempts to open a conversation on the issue has been met with resistance by prison authorities. A condom is considered contraband in prisons and when it is successfully sneaked in, a packet of three — which usually retails at Sh40 outside — goes for Sh200.

In September of 2013 inmates at Shimo La Tewa Prison in Mombasa County made requests to have conjugal rights, but Coordination Principal Secretary Josepheta Mukobe said conjugal rights could not be granted. “Some of your demands, like conjugal visits, require privacy. This can only be possible if the prisons are expanded,” the PS told the inmates during a tour of the prison.

“They don’t want to give condoms because nobody wants to admit there is homosexuality. The authorities fear that allowing condoms will be a way of endorsing the vice,” a HIV-positive inmate said during an interview

According to papers filed in a case pending before a court, prison authorities seemed to acknowledge homosexuality was a problem and expressed their frustrations in trying to stop the vice.

When convicts are taken to prison for the first time, they are tested for HIV, tuberculosis and hepatitis.Prisoners who test negative on arrival soon test positive after a few years.

Men fight over new prisoners “In jail, it’s husbands and wives, not boyfriends, lovers or partners. The terms are used openly, without shame,” an inmate explained.

Young inmates find themselves in a vulnerable position. The harsh prison life is said to drive them into homosexuality. Better food, better bedding’s, a phone to call home or any other thing that would make their stay comfortable is dangled before them.

With the overcrowding and little food, some inmates have to negotiate to get additional food or even a comfortable spot in the cells to sleep in exchange for sex.

So if a prisoner doesn’t have bread and the next one has, he is forced to just ‘tango’

Out of some 59 inmates who indicated they had engaged in sex, 21 reported having consented to the act while two were raped. Five inmates received favours such as food, money or cigarettes in exchange for sex, while the rest declined to state the type of negotiation they had prior to engaging in sex.

Some inmates were unknowingly induced into drugs by colleagues only to realize later that they had been sexually violated.

Efforts by inmates to campaign against homosexuality in the prisons usually flop because they have “no goodies to offer” the recruits to make them turn down the advances. “The young inmates will fall into the trap because of greed,” says a reformed inmate, who adds that sometimes the advocates are beaten up to silence them.

Nacc, which is in charge of the response to HIV and Aids in the country, has no programme in prison.

According to a source from the Health ministry, who did not want to be named for fear of victimization, prisons are designed to confine and punish criminals. “Prisoners cannot start dictating that they want to be given conjugal rights and asking for condoms. When we agree with such cheap talk, we will be encouraging immorality,” said the source.

Despite the governments’ firm position not to supply condoms to prisoners, HIV has placed an enormous fiscal burden on prisons.

Kenya Insights allows guest blogging, if you want to be published on Kenya’s most authoritative and accurate blog, have an expose, news, story angles, human interest stories, drop us an email on tips.kenyainsights@gmail.com or via Telegram
Related Content:  EXCLUSIVE: Radio Wars Takes New Twist As Survey Shows NRG Has Overtaken KISS 100 And Classic FM In Audiences
Related Topics:
Up Next