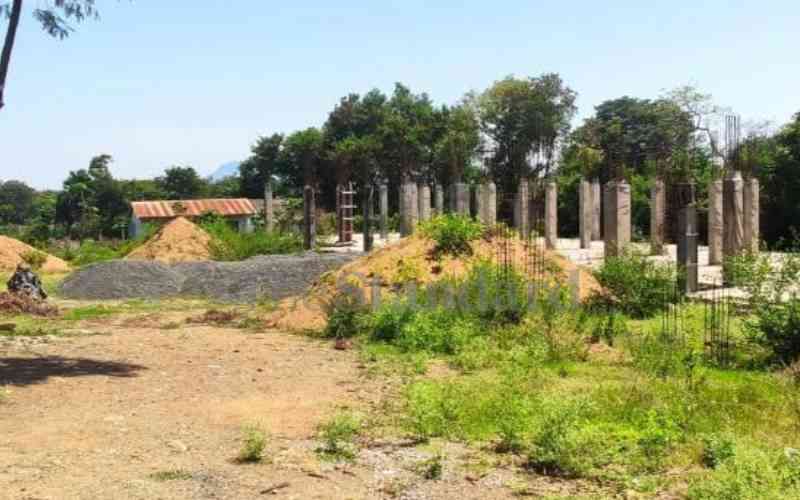 The High Court has ordered the freezing of bank accounts of a construction company following a graft case filed by the Ethics and Anti-Corruption Commission (EACC).

The EACC filed the case in an effort to recover an irregular payment of Ksh 36 million from Hartland Enterprises Limited for work not done.

The company belonging to one James Oyukah and his wife Mary Oduor is alleged to have received the payment from Homa Bay County Assembly for services not rendered.

As per the court’s sitting in Nairobi, the EACC was ordered to freeze the private contractor’s account until the case is concluded.

Justice Daniel Ogembo in his order stated that the cash received was from the public coffers.

The money was allegedly misappropriated in a multimillion-stalled project of the Homa Bay MCAs’ office block in Homa Bay town.

According to the statement by the court, the cost of implementation of the entire project was worth Ksh 348 million.

Homa- Bay County Assembly Service Board had paid the company more than Ksh 66 million for the construction work whereas the anti-graft commission, upon assessment and evaluation of the project, established that the work done by the contractor was worth only Ksh 30 million.

In the ruling, Justice Ogembo barred the duo from accessing the bank account at Co-operative Bank for a period of six months until the case is heard and determined.

The case is set to be mentioned on September 27 this year.

Kenya Insights allows guest blogging, if you want to be published on Kenya’s most authoritative and accurate blog, have an expose, news TIPS, story angles, human interest stories, drop us an email on [email protected] or via Telegram
Related Topics:Ethics and Anti-corruption Commission (EACC)Hartland Enterprises LimitedJames OyukahMary Oduor
Up Next