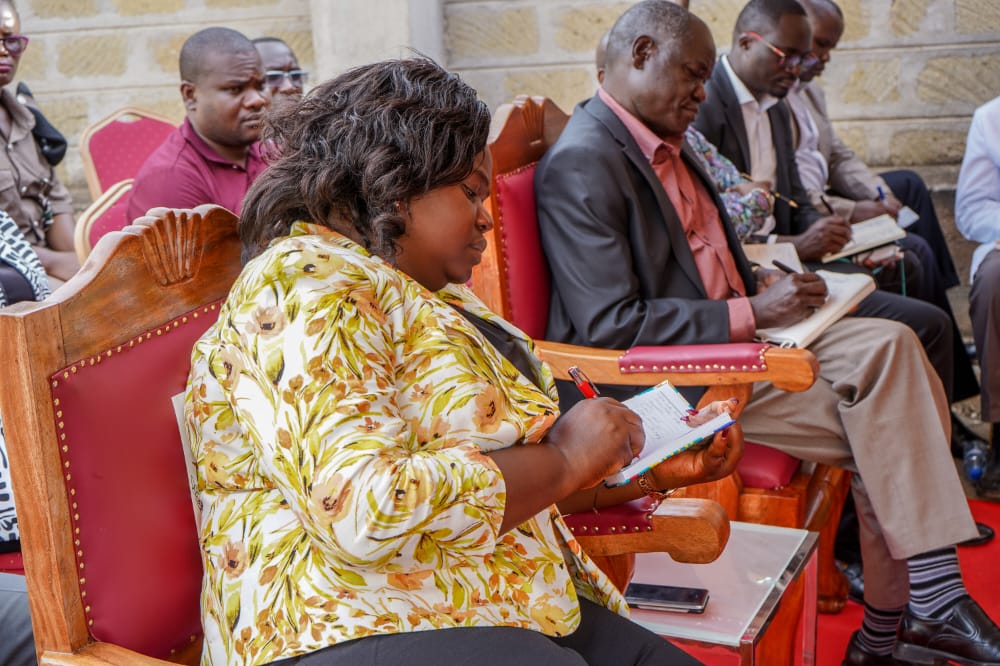 Homa Bay Governor Gladys Wanga has sent eight senior County Government officers on compulsory to give room for audit and investigations on claims of irregular recruitment of staff.

According to a statement from the office of the Governor, allegations were made of irregularities and ethical issues touching on the recruitment of County Government staff.

“Following complaints by the public and several allegations of irregularities and ethical issues touching on recruitment of staff in the county government of Homa Bay and given Governor Gladys Wanga’s commitment to good governance, transparency and accountability, devoid of corruption, the County Government has sent the following officers on compulsory leave,” the statement read.

“While on compulsory leave the mentioned officers will not be allowed to access County Government records and premises or to undertake any transactions on behalf of the county government. In order to achieve the desired level of service delivery, going forward there will be no cadre of county jobs available for sale,” the statement read.

Governor Wanga urged area residents to support her reform initiatives to get the County back on track in order to achieve the desired level of service delivery.

She stated that going forward, there will be no cadre of County jobs available for sale.

Kenya Insights allows guest blogging, if you want to be published on Kenya’s most authoritative and accurate blog, have an expose, news TIPS, story angles, human interest stories, drop us an email on [email protected] or via Telegram
Related Content:  No More Taking of Alcohol At Popular Space Lounge, Nairobi
Related Topics:
Up Next

Is KQ Jinxed? Another Passenger Dies Aboard Nairobi-New York Flight