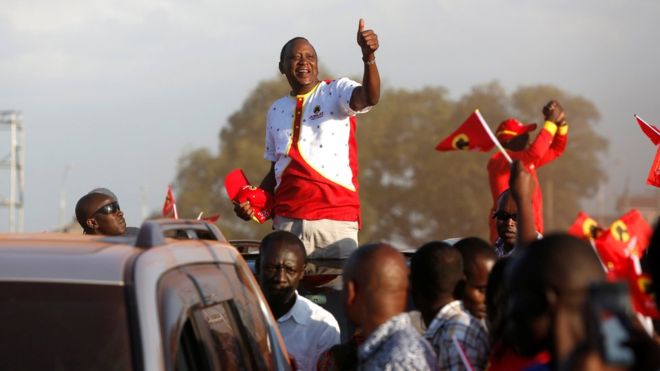 President Uhuru and Ruto on the campaign trail

Hillary Clinton said she wouldn’t rule out challenging the legitimacy of the 2016 presidential election if Russian interference turned out to be deeper than previously thought.

“No, I wouldn’t rule it out,” she said in an interview with NPR published Monday. In an interview with Fresh Air’s Terry Gross about her new memoir, What Happened, Clinton acknowledges that such a challenge would be unprecedented and that “I just don’t think we have a mechanism” for it. The defeated Democratic nominee stressed, however, that she does not believe there is a means to officially challenge the election’s outcome.

Clinton has repeatedly blamed Russia’s efforts to intervene in last year’s election for her loss to Donald Trump, but her latest comments reflect the depth of her frustration with the Kremlin’s efforts.

They come as special counsel Robert Mueller is investigating the election-meddling campaign that U.S intelligence agencies say was done to benefit Trump, and whether any of the president’s associates colluded with Moscow.

Below is part of the interview:

NPR: You told Susan Page at USA Today that you believe that the Trump campaign colluded with the Russians. What leads you to believe that?

We know that the intelligence community of our country — people who I’ve worked with, people who I have every bit of confidence in — have concluded that this came from the top of the Kremlin and was intended to help Trump.

We know there were all these financial entanglements. We’re learning more all the time. There’s just communication, there’s financial, there’s a lot of breadcrumbs and trails that are now being investigated. It’s up to the special counsel, the Congress to determine what the facts are, but there’s just a lot of smoke there.

NPR: You’ve basically said that you thought the Comey comments about the email investigation is what tipped the election.

NPR: And ultimately caused you to lose. But you’ve also said the Russian bots and Facebook pages and affinity groups and the hacking all contributed to your loss.

HILLARY: Yes. I believe that. 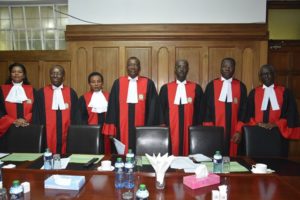 HILLARY: I don’t know if there’s any legal constitutional way to do that. I think you can raise questions. In fact, I think part of the reason Trump behaves the way he behaves is that he is a walking example of projection. Whatever he’s doing and whatever he thinks is happening he will accuse somebody else of. And there are examples during the campaign when he did just that, like when he called publicly on Russia to hack my personal emails.
He knew they were trying to do whatever they could to discredit me with emails, so there’s obviously a trail there, but I don’t know that in our system we have any means of doing that, but I just wanted to add to the point you made. There’s no doubt they influenced the election: We now know more about how they did that. Let me just put it this way, if I had lost the popular vote but won the Electoral College and in my first day as president, the intelligence community came to me and said, “The Russians influenced the election,” I would’ve never stood for it. Even though it might’ve advantaged me, I would’ve said, “We’ve got to get to the bottom of this.” I would’ve set up an independent commission with subpoena power and everything else.

NPR: I want to get back to the question, would you completely rule out questioning the legitimacy of this election if we learn that the Russian interference in the election is even deeper than we know now?

HILLARY: No. I would not. I would say it is.

NPR: You’re not going to rule it out.

HILLARY: No, I wouldn’t rule it out.

NPR: So what are the means, like, this is totally unprecedented in every way —It is. What would be the means to challenge it, if you thought it should be challenged?

HILLARY: Basically I don’t believe there are. There are scholars, academics, who have arguments that it would be, but I don’t think they’re on strong ground. But people are making those arguments. I just don’t think we have a mechanism. You know, the Kenya election was just overturned and really what’s interesting about that — and I hope somebody writes about it, Terry — the Kenyan election was also a project of Cambridge Analytica, the data company owned by the Mercer family that was instrumental in the Brexit vote.

There’s now an investigation going on in the U.K., because of the use of data and the weaponization of information. They were involved in the Trump campaign after he got the nomination, and I think that part of what happened is Mercer said to Trump, “We’ll help you, but you have to take Bannon as your campaign chief. You’ve got to take Kellyanne Conway and these other people who are basically Mercer protégés.”

And so we know that there was this connection. So what happened in Kenya, which I’m only beginning to delve into, is that the Supreme Court there said there are so many really unanswered and problematic questions, we’re going to throw the election out and redo it. We have no such provision in our country. And usually, we don’t need it.

Now, I do believe we should abolish the Electoral College, because I was sitting listening to a report on the French election and the French political analyst said, “You know in our country the person with the most votes wins, unlike in yours.” And I think that’s an anachronism. I’ve said that since 2000. 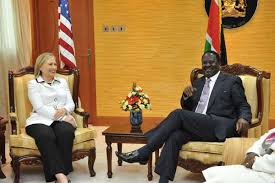 Hillary Clinton with Raila Odinga when she last visited the country.

John Kerry, who just like Hillary is a former Secretary of States, in a New York Times article in which he was forced to defend himself and deny he ever said the 8 August election was free and fair, criticized Uhuru for his attacks on the Supreme Court:

He wrote – “Initially, President Kenyatta spoke about respecting the court’s decision, but sadly, in subsequent statements, he attacked the judges as “crooks” and vowed to “fix” the court if re-elected.”

The US has reached out to President Uhuru Kenyatta and his rival Raila Odinga to resolve sticky issues around the October 17 repeat elections.

A top official in President Donald Trump’s administration said “all eyes were on Kenya” as the Independent Electoral and Boundaries Commission (IEBC) invited President Kenyatta and Mr. Odinga to a make-or-break meeting over the elections.

Principal Deputy Assistant Secretary at the US government’s Bureau of African Affairs Donald Yamamoto said the US had already reached out to top political leaders in the country and informed them that the world is watching.

Besides regular statements made by the US ambassador to Kenya, Mr. Robert Godec, concerning the coming election, this is probably the first time that a senior government official in the Donald Trump-led government has spoken publicly about it.

Sensing Betrayal, Ruto Rises To The Occasion Against Uhuru