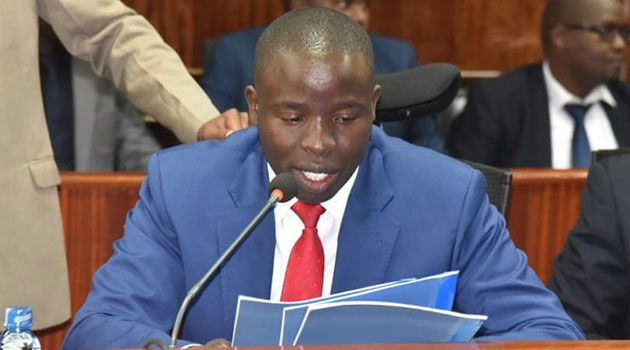 Speaker Justin Muturi, while confirming receipt of the petition on Tuesday, said Sang expressed his disappointment with the current actions of the government in relation to the report which he said remained unimplemented years after it was compiled.

The first-term Governor recommended that once the fund is operational, the National Government should work closely with County Governments in identifying the bona fide beneficiaries.

The Commission was established in 2009 and wound up in 2013 after submitting to President Uhuru Kenya its report on historical injustices meted upon communities and individuals since independence.

Kenya Insights allows guest blogging, if you want to be published on Kenya’s most authoritative and accurate blog, have an expose, news, story angles, human interest stories, drop us an email on tips.kenyainsights@gmail.com or via Telegram
Related Content:  Kicking Out NGOs and Introducing Draconian Electoral Laws Are Last Kicks of A Dying Horse
Related Topics:
Up Next

I Will Not Stop Quoting The Bible, DP Ruto Tells Off Critics