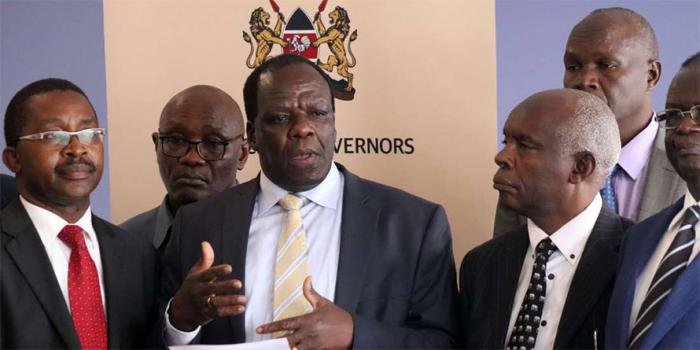 The Council of Governors on Monday ordered the shut down of all inpatient hospitals in hospitals that are run by the 47 County Governments.

CoG Chairman Wycliffe Oparanya said the decision was made to avert a complete collapse of County Governments which have been struggling with inadequate resources caused by delay in disbursement of funds for the 2020/21 financial year.

The counties were also directed to send all non-essential staff on a two-week leave awaiting resolution of the matter.

“The Senate has still not been able to unlock the stalemate on the flow of funds. It is therefore clear when this impasse will be resolved. In this regard, all county governments are advised to issue necessary notices as follows:

County Health Facilities will not permit any new inpatient admissions. They will only provide minimal outpatient services.

All nonessential services are hereby advised to proceed on leave for two weeks,” Oparanya said in a press statement.

The Senate has delayed passage of the new Counties Revenue Sharing formula that will take effect for the next five years.

The counties have, from the start of July, been running on their independent revenue collection which has not been enough to meet recurrent expenditure.

On Tuesday, President Uhuru Kenyatta met with the Senate leadership alongside Oparanya and ODM Leader Raila Odinga where he committed to an additional Kshs 50 billion to Counties in the next Financial Year (2021/22).

The President urged Senators to urgently resolve the revenue sharing stalemate at the Senate so as to avoid disruption of service delivery in the Counties.

However, when the Senate met on Tuesday afternoon, they failed to pass a formula and instead adjourned for the tenth time – instead subjecting the President’s proposal to a special committee formed to look into the matter.