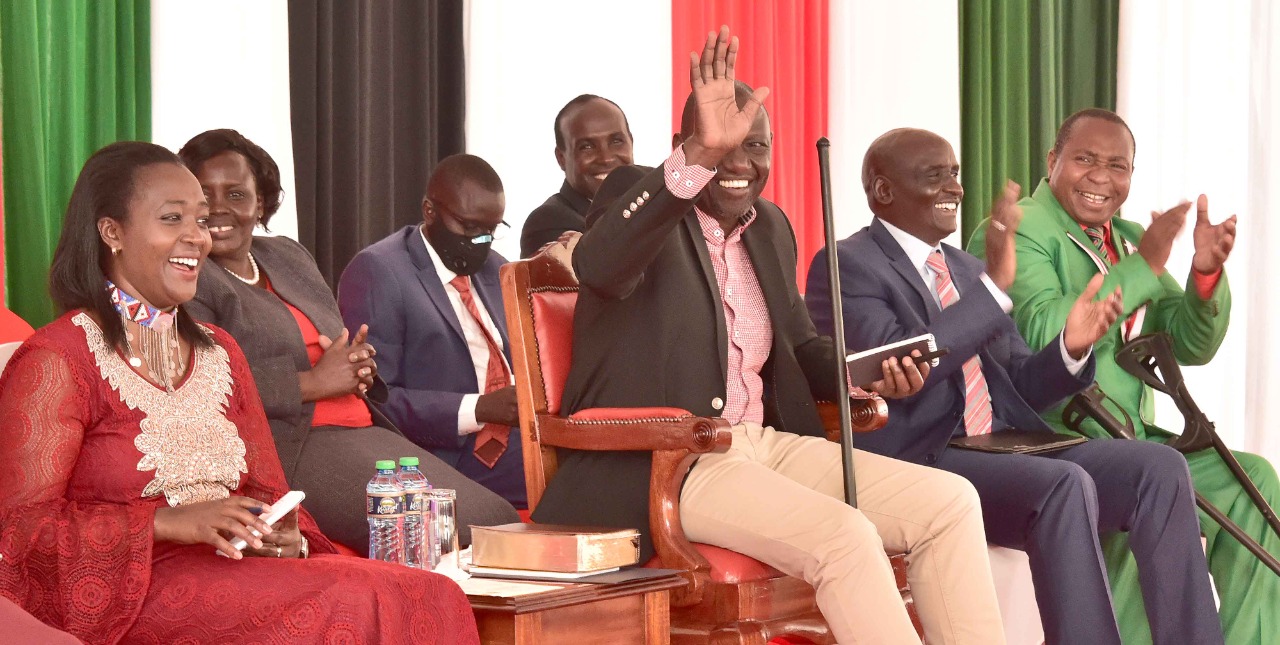 Deputy President William Ruto has asked politicians to stop turning Kenyans against each other for their own gains.

He warned that there was a section of politicians focused on sowing seeds of discord among Kenyans to advance their selfish agenda.

The DP told off his critics who are unhappy with his engagements and vowed to continue quoting the bible saying his life principles are strongly founded on God’s word.

“Threats blackmail and intimidation is the language of cowards and conmen and people who do not believe in democracy”, he said.

As usual, the DP used the scriptures to pass a message to his political nemesis.

The Deputy President said violence would never be part of the country’s political fabric.

“It would not happen in our country. Kenyans are after development-leaning and progressive leaders.”

He spoke at his Karen residence on Tuesday during a prayer meeting attended by Narok County religious and political leaders.

Dr Ruto said that the beneficiaries of division, hatred and violence in politics were in for a rude shock as Kenyans were keen on the country’s oneness.

“There are people whose political foundation is hatred, division and violence. I want to tell them, you would not succeed in dividing the people of Kenya along ethnic lines.”

The Deputy President assured Kenyans that the Government would not allow the perpetrators of retrogressive politics to succeed.

At the same time, Dr Ruto said the government would ensure the revenue sharing mechanism translates to a win-win formula.

He said the government was elected to serve both populous and non-populous counties without discrimination.

“When sharing revenue among counties, let us ensure that those who lose do not lose by a big margin and those gaining should not gain by a big margin so that we can move forward together as a country.”

Mr Nyoro and Ms Kihika faulted those opposed to Dr Ruto’s youth groups empowerment programme saying they were out of touch with reality.

Ms Kihaka said it was unfortunate that some leaders were not aware of the challenges youth were undergoing in the country in the wake COVID-19 outbreak.

Ms Jumwa said the ongoing arrests disguised as the fight against hate speech were unfair and uncalled for.

She said: “There are far worse documented insults used by some leaders and to date nothing has been done to them.”