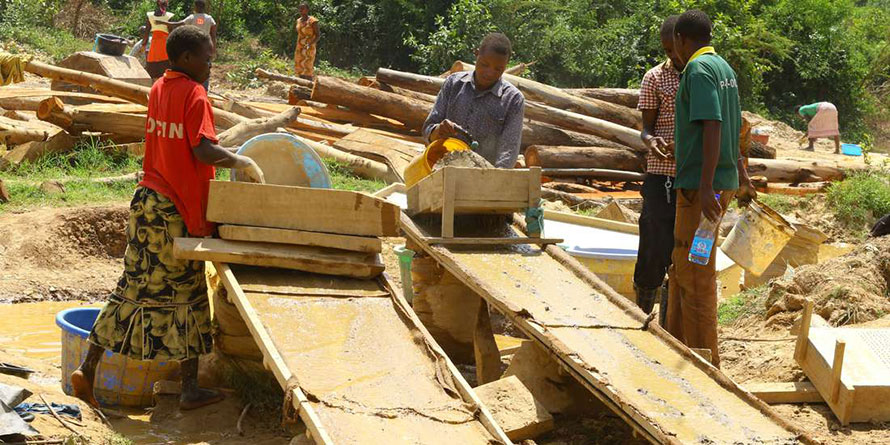 Migori Governor Okoth Obado has in recent weeks seen two of his Gold processing plants closed for flouting mining laws. In a government crackdown on illegal gold mining and processing plants in Migori County, the two are among 35 gold processing and 8 mining companies which were declared guilty of contravening the mining regulation Act, 2016, which regulates all mining activities and ordered closed.

A government Multi-agency team has been tasked to monitor the mining industry with a view to bring order in the business that has posed various challenges within the county in regards to environmental protection, illegal mineral harvesting and abuse of employees among others. The  Multi-Agency body comprises of officials from mining, public health, Interior, National land Commission, National Police, National Environment Management Authority, Kenya Revenue Authority, Immigration and Labour departments.

While visiting Joseph Rotich the Chairman of the multi-agency team Last Thursday, Mining and Petroleum Cabinet Secretary (CS), John Munyes spoke on the current state of the mining industry in the area advocating for the enforcement that will see all players in the sector benefit as he vouched for adherence to the laws governing the industry.

Governor Obado took the opportunity to defend his two plants, saying he had already renewed their operation licenses and did not understand why the multi-agency team had to shut them. The CS expressed his dilemma in achieving total order in the industry, claiming some of the owners of the closed plants in Migori had actually obtained licenses for processing gold (whether through clean or through dubious means), but had not obtained permits for public health, environmental protection or land ownership which were equally as important.

Related Content:  History Has Been Made As Eliud Kipchoge Becomes The First Human To Run A Marathon Under Two Hours

Some of the affected business people were also alleged to have also been violating labour laws, evading paying taxes and encroaching public lands in carrying out their ventures.

County commissioner Rotich had earlier ordered all deputy county commissioners and all his multi-agency officials to use their powers while working with other offices and close all the companies found to be irregular or  illegal.  “We want to fully correct the mess caused by the disorder in the sector and ensure our environment is secure, the government collects 100 per cent tax from the operators and the cartels running the sector are cleaned up,” Rotich had said.

According to a report of a task force on mining issues within Migori County, there are about 60 leaching plants and six elution factories in the region with the numbers rising every day. Of all these operators, only two have mineral dealers processing license by April 2019. Most  of the leaching plants have not put in place proper mechanism of handling and disposing cyanide waste, which is highly toxic. As a result of haphazard disposal of cyanide, several cases of animal deaths have been registered in several sites after consuming water and grass contaminated by the toxic chemicals.

The report further says that a lot of gold produced in the region remain undeclared hence millions of shillings goes uncollected by the government. Most of the gold dealers do not register their businesses under their names but use proxies to hide from paying taxes.

Also among the mining and leaching companies closed so far closed is one by former County Secretary, Christopher Rusana.

Related Content:  NCIC Report Show The Kikuyu Community Dominates The Employee Composition of All Commissions in Kenya From IEBC to EACC
Kenya Insights allows guest blogging, if you want to be published on Kenya’s most authoritative and accurate blog, have an expose, news, story angles, human interest stories, drop us an email on tips.kenyainsights@gmail.com or via Telegram
Related Topics:
Up Next