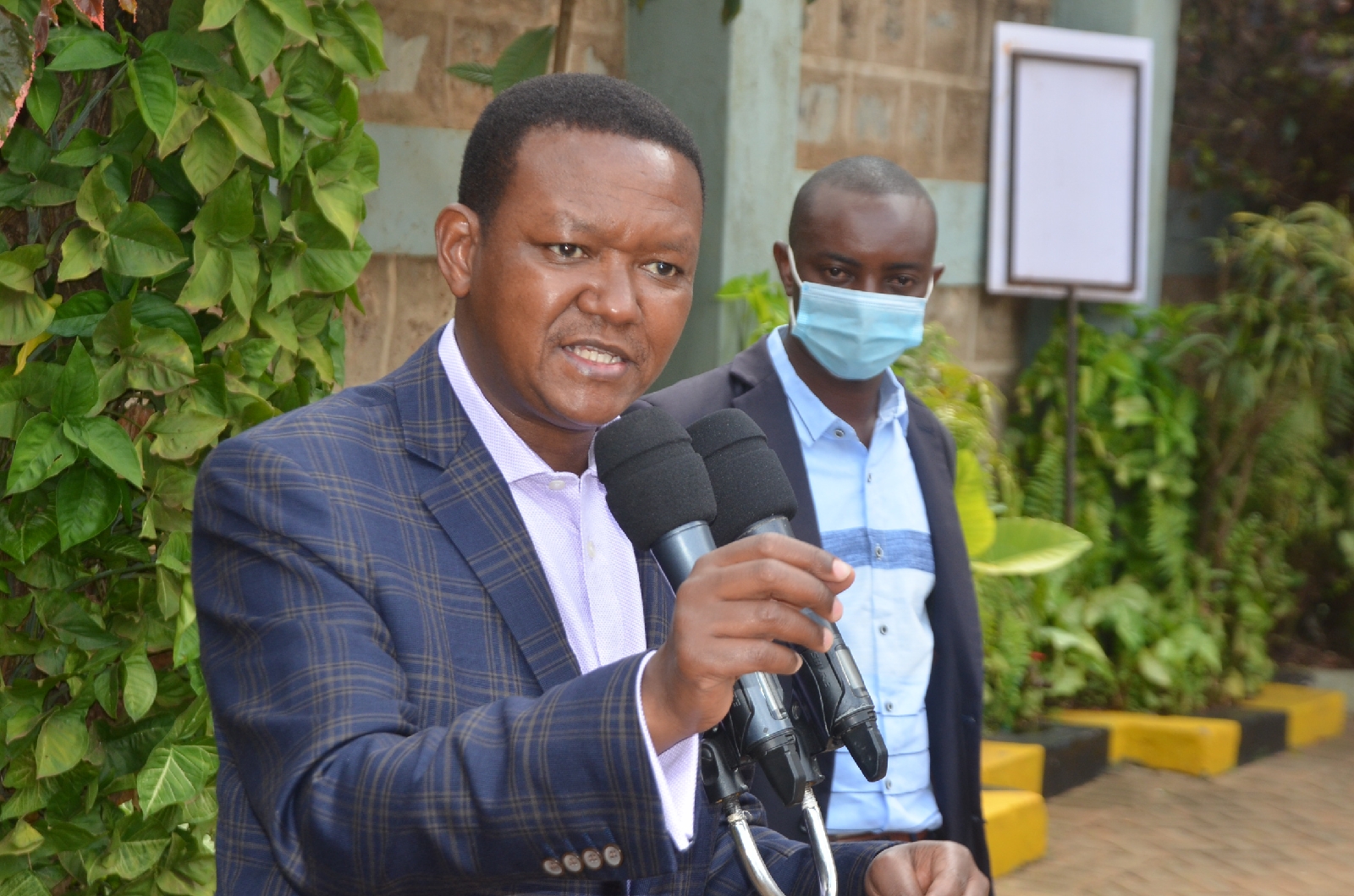 Machakos Governor Dr. Alfred Mutua has said those proposing referendum on amendment of the constitution to be held together with the next general are not sincere.

Mutua said the purpose of Building Bridges Initiative (BBI) was to cure strife and tension usually witnessed in the country during and after every general election.

He noted that some individuals want to confuse Kenyans since they are not for the BBI and want to use all manner of tactics to delay the process of amending the constitution.

The governor spoke in Murang’a Friday where he drummed support for a Maendeleo Chap Chap candidate, John Muchoki who is eying the Gaturi ward representative position that was left vacant after the death of former MCA, Kiiru Mwangi.

The governor observed that some people especially those who are rich and corrupt are not for the BBI since the initiative is meant to deal with perpetrators of the vice.

“People need to know very well the people who are against this document. Some are corrupt and you know sections of the BBI report spell out ways to deal with those who have siphoned public funds,” posed Mutua.

BBI will ensure the country remains united even after general elections. My appeal is to Kenyans to understand this document well and avoid propaganda from people who do want the country to move forward and shun violence associated with elections, added Mutua.

“Who can be against more funds being devolved? The proposal to increase money to counties will ensure more development reaches the grassroots and people get better services. Those against the report want Kenyans to continue suffering so as to be easily enticed with money obtained through corrupt deals,” said the governor.

Related Content:  Yash Ghai: Kenyans Would Lose A Great Opportunity If They Did Not Vote For Raila Odinga.

He told Kenyans that the BBI does not propose creation of many seats as some people are alleging, because minsters, the Prime minister and deputy Prime ministers will be sourced from parliament.

“The only extra seats are those to ensure gender rule is attained. Let people think of many benefits of the BBI and avoid unnecessary debate about the report,” asserted the Maendeleo Chap Chap leader.

He reiterated that in 2022 he will vie for president saying the country needs fresh leaders who are focused with development.

“My priority will be to ensure every constituency gets 40 kilometre of tarmac road within a period of two years. If I get the seat, I will also spearhead industrialization so as to deal with unemployment in the country,” he added.

Meanwhile, he said his party will support development in Gaturi ward once its candidate sails through in the by-elections slated for December 15.