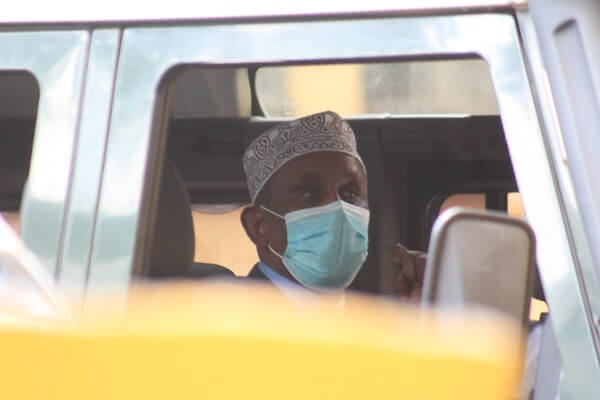 Garissa county government under the leadership of Governor Ali Korane has perfected the art of looting all while giving false promise to the people of Garissa.

The Governor in conjunction with some few county executives have grossly stolen and misappropriated billions of taxpayers funds all while their promises and pledges to implement key flagship campaign projects is still unfulfilled.

Where are the investigative arms of the government? Why are the DPP, DCI and others not swinging into action and make arrests, knowing very well funds meant for the following projects have been looted by the Governor and his county executives and henchmen?

Korane is full of deception, he keeps us busy by feigning meekness and blaming others for his own incompetence. Apart from commissioning a couple of donor funded projects he has absolutely done nothing tangible with the billions he receives from the exchequer.

The Governor alongside powerful Cecs Roble Nunow, Ahmed Nadhir and the county secretary Abdi Sheikh must be investigated and prosecuted for abuse of office and misappropriation of funds.

The people of Garissa are watching!

Related Content:  Sorry Mr President But Forgiveness Without Reparation Is Futile
Kenya Insights allows guest blogging, if you want to be published on Kenya’s most authoritative and accurate blog, have an expose, news TIPS, story angles, human interest stories, drop us an email on [email protected] or via Telegram
Related Topics:
Up Next

Kenya- The Unhealthy Nation That Prioritises Terrorism over Healthcare.