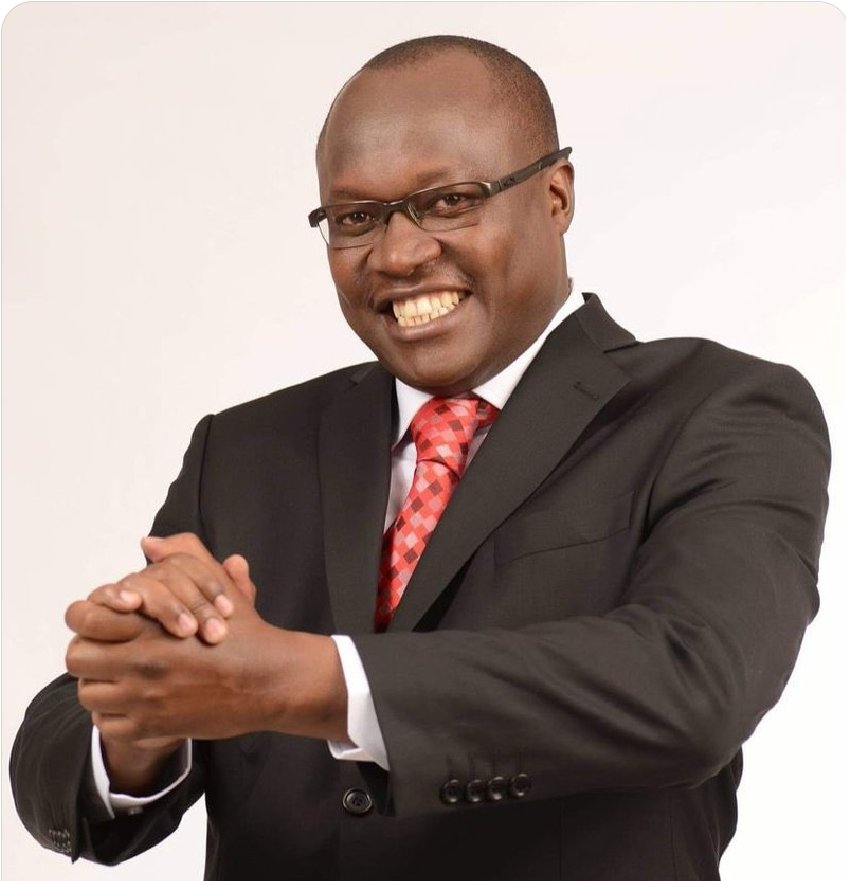 Nairobi Governor Ann Kananu nominates County Chief of Staff Paul Mutunga Mutungi as Deputy Governor a day after she was sworn in.

Mutunga himself has a murky past that saw him put under investigations in the looting spree during the Kidero era that saw the county lose billions.

While picking Mutungi, Kananu has highlighted she considered leadership qualities and competence among other issues.

“In considering this nomination, I have taken into account his professional qualifications, leadership qualities, gender balance and competencies necessary for the Deputy Governor’s seat,” she noted in a letter seen by Kenya Insights.

Mutungi made a come back to city politics early this year after being appointed as Chief of Staff by Speaker Mutura when he was Acting Governor.

In 2017, he was an Embakasi South MP aspirant under the Jubilee Party but lost to ODM’s Julius Mawathe

Following the new development, it is likely Speaker Mutura will table the name in the assembly on Thursday and commit it to the appointment committee.

The 10-member Select committee on the Appointments team is led by the Speaker as its chairperson and Majority Leader as the vice-chair.

The Clerk of the County Assembly will then through a notice published in the local dailies will the communicate the vetting date and time of the Deputy Governor nominee.

After vetting, the appointment committee will then table a report in chambers for the house to either adopt or reject.

Mutungi is amongst many City Hall cartels from the Kidero reign who’ve been battling fraud charges in which he’s accused of having looted millions from the county.

In the case, Mutungi was mentioned alongside others in the heist that Kidero and accomplices defrauded the county Sh68M.

At the center of the case was lawyer Stephen Kariuki Mburu whose firm Wachira Mburu Mwangi and Company Advocates was used to handle the money before it was wired to various people including Kidero.

Mburu died mysteriously in a guest house in Oloitokitok on July 27, 2018.

A post-mortem examination report on Mburu did not show any foul play. His family had raised concerns after the lawyer’s phone, which went missing, kept being switched on and off.

Chief Government pathologist Johansen Oduor declared that Mburu could have died of heart-related complication, with detailed histology and toxicological report awaited to ascertain if the lawyer was poisoned.

Mburu played a key role in getting the cash from City Hall. The matter led to the arrest of Kidero and former Mayor John Ndirangu Kariuki.

According to paper trail, the late lawyer’s law firm- Wachira Mburu Mwangi and Company Advocates was used to handle the money before it was wired to various people including Kidero.

In 2011, the City Council paid Sh10 million to Mburu’s law firm which was shared in cash withdrawals to unknown persons.

With the onset of devolution, and Kidero as the first governor, another suspicious payment authorisation of Sh58 million by the county government was made and the money wired to the same lawyer on January 7, 2014.

The same money ended up in private bank accounts in a complex transaction that has taken EACC sleuths months to crack.

The dichotomy of the transactions shows Kidero as the highest beneficiary of the money which has also implicated former Nairobi City Council acting director of legal affairs Aduma Owuor. Aduma is the sitting Nyakach MP. 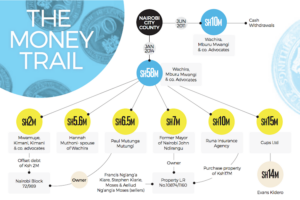 The flow of the transactions reveals that Wainana and his son only retained Sh1 million with the rest (Sh14 million) landing in Kidero’s pocket.

In a cartel-like network involving officers both from the county and the defunct City Council, Mburu paid Ndirangu (former mayor) Sh7 million. 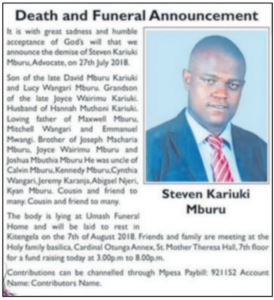 One wonders if the Governor did her due diligence as Mutungi has a pending case raising questions on his integrity to hold public office. According to the president’s directive and morally, anyone facing a fraud charge in any law court shouldn’t be allowed to hold a public office. It will be interesting to see if the County Assembly will rise to the occasion and question the integrity matters or overlook and allow a tainted Mutungi to continue with his ways in City Hall by approving him as the Deputy Governor.

Related Content:  Ken Okoth’s Wife Monica And Anne Muthoni Comes To Unexpected Agreement Over The Son’s DNA Result
Kenya Insights allows guest blogging, if you want to be published on Kenya’s most authoritative and accurate blog, have an expose, news TIPS, story angles, human interest stories, drop us an email on [email protected] or via Telegram
Related Topics:Anne KananuNairobi GovernorPaul Mutunga Mutungi
Up Next