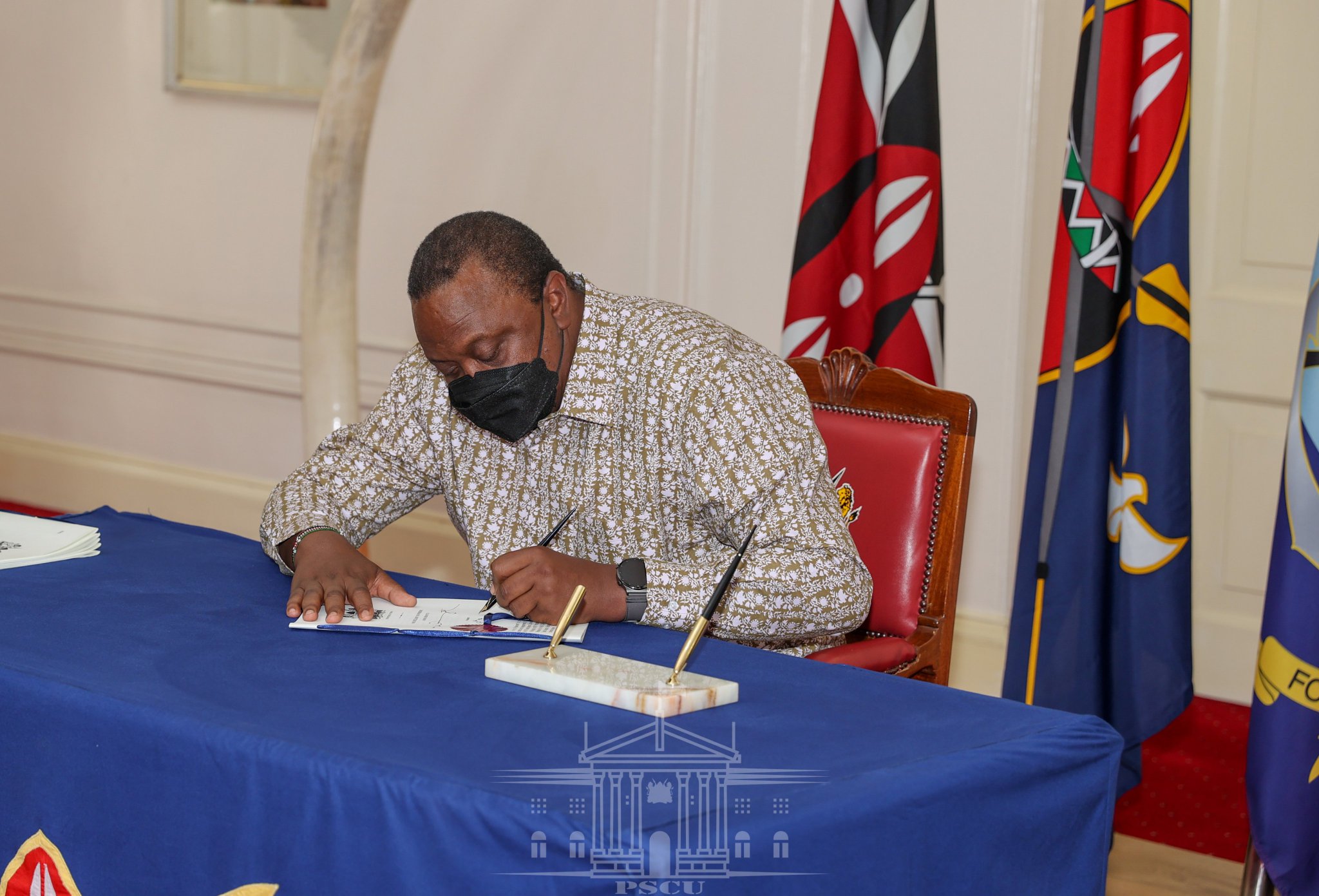 It is now official: Cohabiting partners will not inherit the property of one lover when the other dies.

Homa Bay Town MP Peter Kaluma, the architect of the Bill, said yesterday that the enactment of the law marked the end of “slay queens and woman eaters.”

“The law has restored the sanctity of the institution of marriage. The new law has given it a new meaning,” Kaluma said.

“If you were a secret, remain there as a secret. My wife should not be mourning and another one I was meeting at a retreat is busy in some court,” Kaluma said.

The law, Kaluma said, has reorganised family inheritance and stipulates that only a spouse as defined under the Marriage Act, 2014 qualifies for inheritance.

A spouse in this case means a husband or wife recognised under the law.

That means secret lovers will not benefit from the estate of the deceased although the rights of children born during the relationship will be protected.

“Inheritance will now be limited to legally married husbands and wives and their legal children,” Kaluma added.

He said a spouse as stipulated in the new legislation means a husband or a wife or wives recognised under the marriage.

It will now be mandatory for one to provide a valid marriage certificate with the deceased before attempting to claim his or her property.

“The law also caters for other forms of marriages including customary and those formalised at the Attorney General’s office. You must meet the standards of what a marriage requires,” he added.

He added: “If you have not transacted a valid marriage, do not claim ownership of any of the estate or property of the deceased.”

He, however, explained that the fate of children in a union that is not solemnised will still be provided for.

“The Constitution has provisions that protect the children and therefore even with the new law, their interests will still be catered for whether the biological child was born in a legal union or not,” Kaluma explained.

Asked what motivated him to come up with the Bill, Kaluma, a lawyer by profession, said he was moved by several succession cases he handled in court where women emerged to claim properties from estates of deceased spouses.

“I have done many succession cases where I felt widows and children were left distraught after women emerged to claim properties of their late spouses. This is what motivated me,” Kaluma said.

One such case was that of Embakasi MP Mellitus Mugabe Were, where 20 women came out to claim his property following his death in 2008.

“By the time the succession case was over, one of the women had taken half of Were’s properties,” he said.

In another case, former Kenya National Union of Teachers (Knut) Secretary General Ambrose Adongo lost a huge chunk of his property to a woman he was cohabiting with.

“The late Adongo’s wife learnt of the second woman during the burial. When the family was burying him the woman was in court claiming property,” he said.

Sadly, she lost the case and due to shock, Adongo’s wife died as the family lost property to an outsider.

“It was because of the lack of definition of the Succession Act that the judge ordered that a third of Adongo’s property be given to the woman,” Kaluma said.

Another case is that of Matungu MP Justus Murunga where a lover alleged that they had a plan to solemnise their union before his death in November last year.

Agnes Wangui told the court that the MP had already bought land for her in Karen in Nairobi where he was in the process of building for her and their two children a house.

Though cohabitation is recognised under the Marriage Act, MPs said allowing such people to inherit property would open floodgates for underserving people to claim the estate of the dead.

Under the Marriage Act, cohabitation refers to an arrangement in which an unmarried couple live together in a long-term relationship.

MPs argued that if a person is serious in any union, that person should be properly married before being allowed to inherit the property of their deceased partner.

Husbands will be free to inherit their wives’ property without going through a tedious court process to prove dependence on their spouse.

According to Kaluma, the current law discriminates against widowers.

Kenya Insights allows guest blogging, if you want to be published on Kenya’s most authoritative and accurate blog, have an expose, news TIPS, story angles, human interest stories, drop us an email on [email protected] or via Telegram
Related Content:  Beware Of Nairobi Cartel Selling Written Off Cars To Unsuspecting Customers
Related Topics:
Up Next