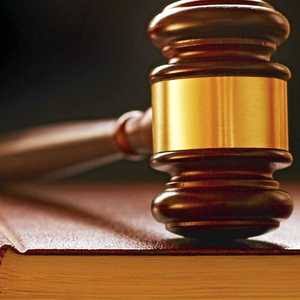 Members of Parliament (MPs) want Magistrates who are not married to be locked out of ruling over cases involving children citing inexperience in family matters.

Homa Bay  MP Peter Kaluma, who has battled a protracted child support case, is pushing for the changes through the Children’s (Amendment) Bill 2019.

Appearing before the National Assembly Labour and Social Welfare Committee on Thursday, Mr Kaluma said that only magistrates who are married and have the experience to handle family matters should hear cases involving children. “We need people who are mature and have run families; people who are settled and know that every decision they make can destroy the life of a child completely,” he said.

Should unmarried magistrates preside over children’s cases, R Kaluma argues that they must be of the senior cadre.

The lawmaker expressed concern that magistrates have been making unpopular orders that not only work against the interests of the child but also end up adversely affecting the child’s future.

“Some of these weird orders on child custody are issued by these single magistrates who just [recently] graduated from the law school,” Mr. Kaluma said.

The Mp gave an example of a case in January where a 10-year-old girl shocked a Mwingi court when she broke into tears as soon as the magistrate ruled in favour of her mother in a child custody case.

The committee yesterday adopted Mr Kaluma’s proposals, and will now proceed to publish it as a Bill.
Kenya Insights allows guest blogging, if you want to be published on Kenya’s most authoritative and accurate blog, have an expose, news TIPS, story angles, human interest stories, drop us an email on [email protected] or via Telegram
Related Content:  Makueni: One Dead As Vehicle Ferrying Bhang Collides With A Truck
Related Topics:
Up Next

How MCAs Looted Nairobi’s Bursary Fund To The Ground

Israeli Researchers Could Be Having The Treatment For Coronavirus