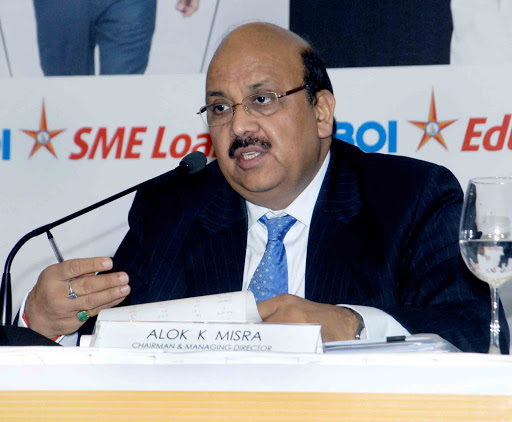 Bank of India is facing a staff revolt over the manner in which a senior manager is handling employee issues. They are also unhappy that the bank’s headquarters in India has ignored their complaints. We have learnt that frustrated staff are plotting industrial action to protest the move by a manager, Vinay Nagar Upkari, to unilaterally convert their Christmas bonus for 2019 into loans to be deducted from the salaries.

They have also accused Upkari of being anti-Christian and treating his juniors as slaves. Back and forth correspondence between staff and the management has not alleviated the staff’s concerns, forcing them to consider a strike or go-slow. On January 7 2020, Upkari authored a memo informing the staff that “Competent authority has decided that henceforth, installment with respect to Christmas advance to be included under loan deductions for computation of staff loan eligibility”.

This communiqué did not go down well with the staff, who responded, through a letter addressed to the Head Office in Mumbai, under the title: Unethical and Biased Approach of Vinay Nagaraj Upkari (AGM, CE Office, and Nairobi) for local (Kenyan) employees of Bank of India, Kenya Centre. “We would like to draw your kind attention on our email dated 13th January 2020 and 14th February 2020. We are feeling sorry to say that despite knowing all the facts by all the 03 emails, the bank has not taken any action against Mr Vinay Nagar Upkari. He is an anti-Christian person and treating us very badly like his slave, as we are not the employees of Bank of India. He has issued a circular on 07th January 2020 without having any authority for deduction of Christmas advance installment for the purpose of calculation of deductions in other loans as it never happens in the history of Bank of India, Kenya Centre.”

Another issue is the flooding of Kenyan branch with ill-qualified Indian expatriates at the expense of well qualified Kenyans. “Bank of India has flooded the India based officers at the cost of trained and professional local employees. chief manager (IT) and the senior manager (operations) have no professional qualification for their respective post, (they are simply general banking officer from India) while, the trained IT and HR persons are easily available in Kenya,” the letter further stated. 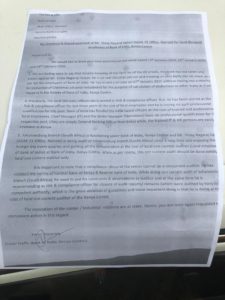 He has violated the norms of Central Bank of Kenya and Reserve Bank of India. While doing concurrent audit of Johannesburg branch (South Africa), he used to put his comments and observations as auditor and at the same time he is recommending as risk and compliance officer for closure of audit reports/remarks (which were audited by him) to competent authority, which is the gross violation of guidelines and more important thing that he is doing at the cost of local con current auditor of the Kenya centre.

The reputation of the center/ industrial rotations is at stake. Hence, you are once again requested to take immediate action in this regard.” We could not get a comment from the management as the MD said he would seek clearance from their headquarters first before responding. He spoke through a spokesman, which leaves a lot to be desired.