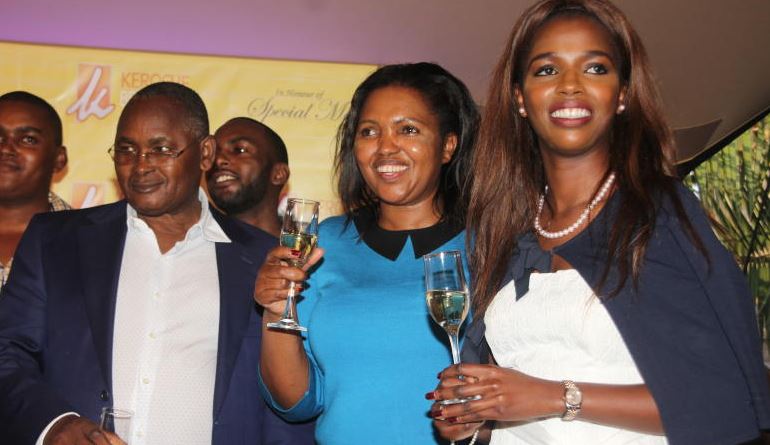 Tecra(right) with her parents at a product launch.

Police in Lamu are holding Lali Omar a man in his early fifties said to be the boyfriend of the later Keroche heiress who died from a swollen brain injury. According to reports, it has been determined that she fell down the staircase in the cottage where she was staying with Lali.

The two met last year and the lady fell deeply in love. She would fly out to Lamu to spend time with Lali in hotels since he wasn’t well off and stayed in a not so posh shelter. 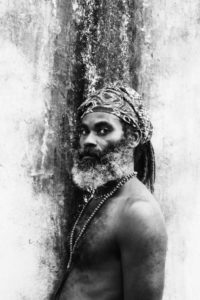 As routine, she flew to Lamu early April to be with him stayed in Manda Diamond Hotel for two weeks before moving to rent a cottage where she would later be found unconscious.

Other reports indicate that the two would drink and indulge in just chewing often. On this day, neighbors in their cottage paid the couple a visit only to find Tecra unconscious and lying in the staircase with blood oozing from her nose and mouth. By then, Lali had passed out, deep asleep and reportedly unaware of what had happened. They woke him up.

Tabitha Karanja immediately chartered a private chopper that airlifted her to Nairobi Hospital for treatment on 27th April admitted to the ICU. She succumbed to the injuries on Saturday. Tecra was, until her death, the Director of Strategy and Innovation at Keroche Breweries.

Tecra’s have been against her relationship with Lali whom they knew was doing nothing but taking advantage of her naivety and love. Given her financial status, she was petting him taking care of all the bills.

Police are now investigating the circumstances under which she fell to the staircase and sustained the fatal injuries, they also suspect that there was a row between the two. A postmortem is scheduled this week.

Coronavirus: In Disapproving The Data, Magifuli Says Swabs From A Goat Were Labeled As Human