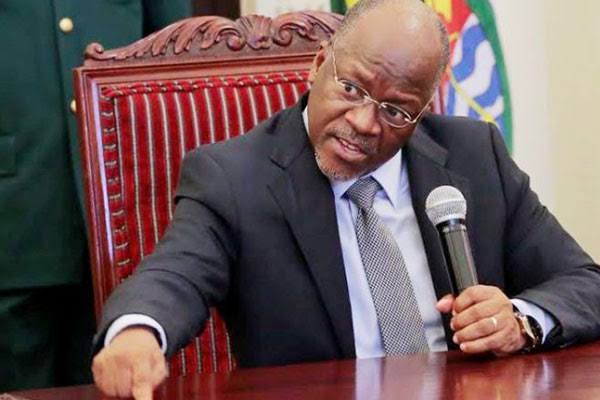 Tanzanian President John Magufuli questioned the reliability of government data on the coronavirus outbreak and ordered a criminal investigation into the national medical laboratory, suggesting “sabotage from imperialists” is at play.

Magufuli said government agents secretly sent swabs from a live goat, a bird and a papaya fruit to the state-run National Reference and Public Health Laboratory and labeled them as human. The results came out positive for the virus. Samples from a lamb tested negative, he said.

“This means that some people who have tested positive for coronavirus actually don’t even have this disease,” he said, speaking from his home village of Chato in a televised address. “The situation is not as bad as fear-mongers claim.”

Tanzania has been ruled by versions of the same party ever since its 1964 unification. Magufuli came to power in 2015 amid a wave of discontent over rampant corruption under his predecessor. The 60-year-old quickly gained popularity with an efficiency drive that weeded out graft among government officials and appears set to win a new term in October elections.

But criticism of Magufuli’s response to the pandemic is mounting after he refused to impose stringent movement restrictions and told churches and mosques to stay open, saying God will protect Tanzanians from the virus. The number of cases has jumped to 480 in one month, and three members of parliament have died in the space of 11 days, fueling fears that the outbreak is larger than reported. The government hasn’t disclosed the cause of the lawmakers’ deaths.

The biggest opposition party, Chadema, on Friday asked its members to suspend attending parliament sessions amid fears the virus may have struck at the heart of government. Magufuli dismissed their concerns, saying they are being used by “imperialists,” and demanded the payment of their allowances be suspended.

He also said he’s considering the possibility of re-opening the country’s soccer league to allow televised games.
Kenya Insights allows guest blogging, if you want to be published on Kenya’s most authoritative and accurate blog, have an expose, news, story angles, human interest stories, drop us an email on tips.kenyainsights@gmail.com or via Telegram
Related Content:  KRA Now Targeting Small Scale Importers
Related Topics:
Up Next