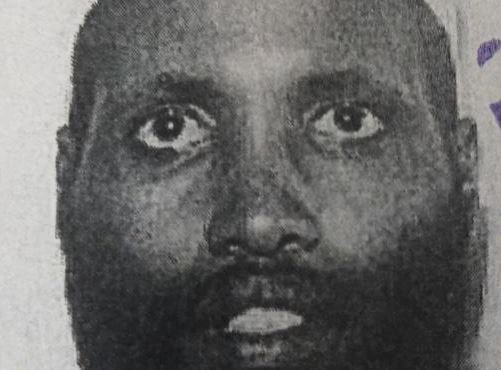 Corruption continues to thrive in the county governments where fraudulent officials have turned the public coffers into their milk cows and they’re drying it.

Abdi Mohamed Ali, the director of livestock production in Mandera county is one such fraud character who ever the years since 2014 has been making deposits to his accounts; one in his name and another a joint account with his wife who is not even employed.

According to an analysis filed in court by Asset Recovery Agency (ARA), which is seeking orders to compel the staff to forfeit the money to the State, Ali had at least Sh61 million in his accounts and could only account for Sh10 million, which is his salary.  He also tried to deceive the courts that he made the money from selling honey and camels which is practically impossible. In one of his accounts at equity bank, he never made any withdrawals but kept making suspicious deposits. These banks are also complicit to corruption for failing to flag such deposits. The accounts have since been frozen.

Its suspected the funds I question were embezzled from the County coffers either by Ali or his agents. According to the money trail, Ali could make even up to three transactions daily. Often, he made less than a million per transaction perhaps to evade the strict money laundering trap that capped transactions to a million. These transactions he made in Garissa, Mandera, Moyale, Eastleigh and Westlands over the years.

The lowest amount of money the county staff deposited was Sh134,000, while the highest was Sh2.1 million.ARA monitored the transactions from 2014 to February this year. Investigators scrutinised 44 deposits and concluded that they were suspected proceeds of crime.

Mandera is not new to graft cases.

In 2018, EACC through their annual corruption report termed Mandera as the county with the highest bribe amount at Ksh35,440.

In their 2019 report, EACC puts Mandera among the top ten counties where one is likely to pay a bribe.

In June 2019, EACC pitched tent at the offices of Mandera County Public Service Board investigating an alleged irregular hiring of staff.

Mr Abdifatah Ogle, a former County Public Service Board Secretary was caught as he attempted to alter a list of recently hired senior staff.

Mr Ogle wasn’t even fired he was transferred to the roads and transport docket.

EACC had initiated investigations into corruption scandals in the County as far as in 2018, it’s unclear how the case have never seen the light of the day. 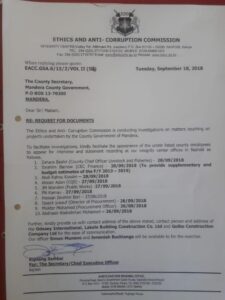 EACC has not activated this case we wonder why?

Through his advocate Mutuma Meja, the petitioner cited various occasions during which the county government had misappropriated funds and flouted  the law.

Mr Hasheem outlined on instance on May 19, 2014 when the Mandera county government entered into an agreement with the Kenya Red Cross E-plus Limited for provision of ambulance services to the county. 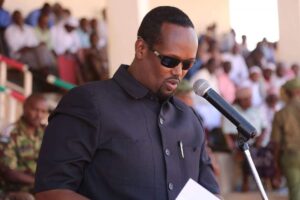 The county government spent Sh40,171,759 for six ambulances which translated to Sh600,000 per month for every ambulance.

This move, the applicant says was not within the confines of the law and was captured in Auditor General Edward Ouko’s report for the year ending 30, June 2015.On May 23, 2016 the county government again despite caution from the procurement department purchased an armoured vehicle for the county boss at a cost of Sh16,935,000.
Related Content:  Britania Foods Ltd CEO Robert Kagundah's Days At Britania Numbered As Sales Director Shown The Door

The price, he noted was inflated due to the lack of competitive bidding.

Barely two months after Mandera county governor Ali Roba was sued by a resident over corruption, a section of youths in the region wrote to the Director of Public Prosecutions Noordin Haji demanding the arrest of the governor for nepotism in employment.
The youths accused the governor of hiring “slay queens and his relatives at the expense of qualified people”.

They termed the county as a hotbed of corruption, noting all that lucrative positions are shared between the governor, county secretary, MCAs, 17 chief officers and CECs.

The youths in the letter urged Haji to take action against the governor and “all persons found culpable for abuse of office so as to instill sanity in the operations of Mandera county government”.
“Since your office has the mandate and requisite resources to carry out further investigations and institute criminal proceedings, we urge you to take action against the governor and his accomplices,” the letter to Haji read.

The youths said the interview process “was a sham and all those who are appointed lack basic qualifications”.

“I would like to give an example of county secretary who was formerly a clerical officer with Post Bank.
“The county chief officer for energy and natural resources is a nurse who holds a certificate in nursing from Kabarnet Medical Training College.
“Mandera county needs a thorough audit of its employees. Even most junior positions are occupied by people with fake certificates,” they said.
They added that Mandawasco fund manager Mohamed Amin did not study accounting.

Related Content:  How Kenyan Conservancies Have Become A Trojan For Mega Land Grabbing

“Besides, he lacks the constitutional requirement of 10 years’ experience in public service. Our governor is incompetent,” they added.

The youths accused DP William Ruto of protecting the governor as he engages in looting the county “left, right and centre”.

They said the county boss boasts of being untouchable due to his close association with Ruto.

“To make matters worse, he is escaping accountability in the name of terror attacks. There was a time the finance office was set on fire in an explosion to scare away national auditors from doing their work. This is a diversionary tactic to escape accountability,” they added.

They called for an audit of all positions to be done so as to ascertain how many people are genuine employees.

“To make the matters even worse, all the positions have been shared among relatives of the governor. Of course we will be moving to court to challenge this employment,” they noted.

Chinese Fraudster Who Stole Billions In The Name Of Kenyans